With a recent infusion of $80 million and over one million members, the subscription box service kicked the year off well. Executives may have a solution to keep boxes fresh. 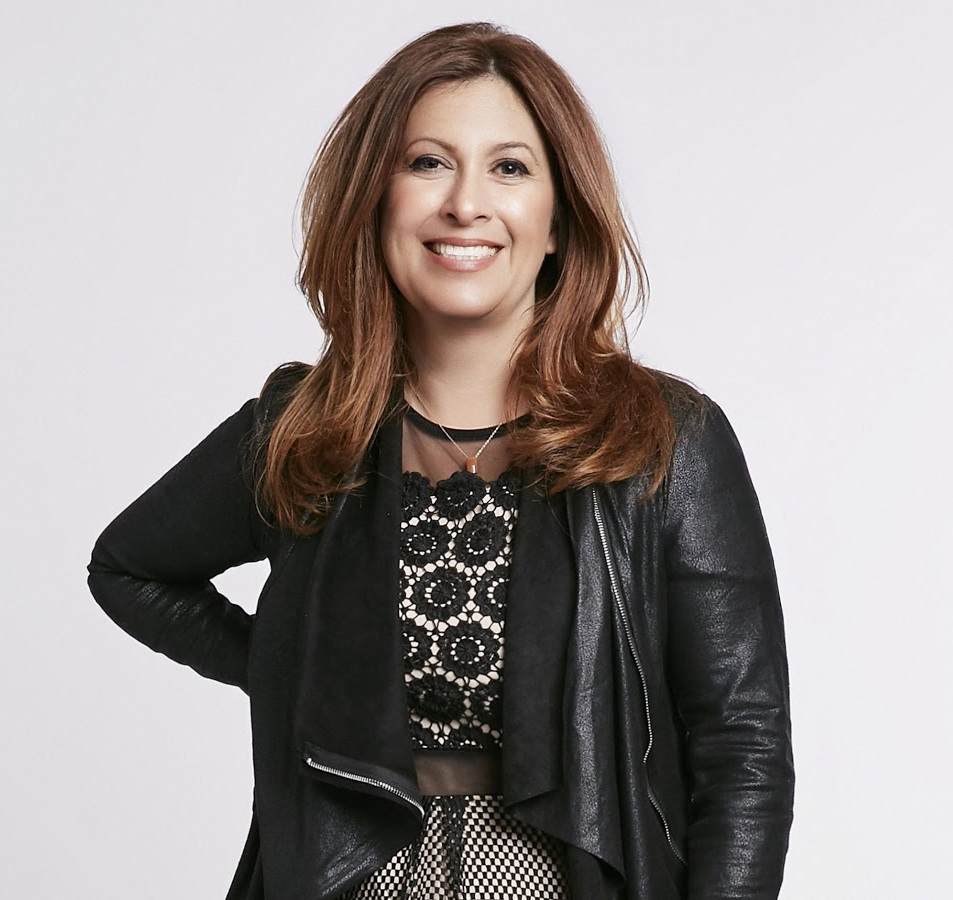 Prior to founding FabFitFun, Rosen Kitchens was a freelance writer for publications such as the Los Angeles Times, Art and Living, Women's Life and Dining Out. She also worked in events and marketing at Out of the Box Events.

At least that's how Katie Rosen Kitchens, co-founder of the subscription-based service and editor-in-chief of its media arm, describes it. In many ways, it sounds like a useful best friend to have — one that's always digging up cool new products and sharing them with you — but that's where the analogy falls short. Because most shoppers don't pay $49.99 seasonally for the luxury of having a well-informed bestie.

In reality, FabFitFun isn't asking customers to pay $50 for a best friend's advice every season. Members are paying that much to receive $200 worth of products every three months, discounts on other items sold through its website and access to a whole community of FabFitFun lovers, as well as workout and cooking content.

"Our goal is really to be the most valuable membership in a person's life," Rosen Kitchens said in an interview with Retail Dive. "We believe with FabFitFun, you are never too busy to take care of yourself."

Thinking outside the (subscription) box

There are subscriptions for just about everything, from apparel to beauty to food. FabFitFun falls somewhere in the middle of a few spaces, with a mix of apparel and accessories, home items and fitness products. In some ways, it's aiming to be a lifestyle box the way that so many direct-to-consumer businesses are trying to become lifestyle brands.

The appeal of a lifestyle brand, at least to a consumer, is largely that it tracks with their own likes and dislikes across several tangentially related categories: a one-stop shop for that piece of their life. One needn't look far to find examples of brands doing exactly that, including unicorns like Away and Casper, which have both expanded beyond a core product into adjacent categories, aiming to be the brand for travel or sleep, respectively.

With FabFitFun, that challenge is three-fold. Not only does the company have to stay relevant in the beauty space, curating cosmetics and haircare products that its members will (hopefully) love, but the same has to be done in fitness and home products, three spaces that are not all that similar. Whereas a lifestyle brand like Away wants to resonate with a specific travel lifestyle, FabFitFun is trying to harmonize with the individual lifestyles of over one million members, on at least three separate planes.

"If you think about what we do — members are paying us for something that they have no idea what it is," Rosen Kitchens said of the difficulties in curation. "In order to make that work, in order for them to continue to give us $49.99 every quarter, they really have to trust us and we have to continue to deliver value, surprise, delight and really enrich their lives in a way that feels meaningful."

That's been a big shift from when the company first launched the subscription box in 2013. According to Rosen Kitchens, FabFitFun started off with around 2,000 members, all of whom were familiar with the brand through its written content.

"They all came from the website, they were very much my demo, and it was relatively easy for me to pick eight or nine products I liked and have it resonate with our members," Rosen Kitchens said of the early days of the business, noting that the audience is much more diverse now. "What we know is that an 18-year-old in San Diego doesn't want necessarily the same product as a 75-year-old in Kansas City, and both women exist in our membership."

Combating that has meant proactively reaching out to shoppers for feedback on their most recent box and giving customers the option to hand pick some of the items that will come in their box, perhaps selecting a scarf over a haircare product.

"What we know is that an 18-year-old in San Diego doesn't want necessarily the same product as a 75-year-old in Kansas City, and both women exist in our membership."

Customers also play a key role in the selection process while the next box is being planned. Employees on FabFitFun's consumer insights team survey customers about which brands they like, what trends they're excited about and other preferences to get an idea of where they should go looking for their next batch of products.

An additional layer of quality control comes through a testing phase after products have been selected.

"Everyone on the team, from merch to operations to marketing to editorial, really get their hands dirty and try out these products to make sure that they are, one, as effective and wonderful as we believe them to be, and two, that they're going to resonate with our incredibly diverse membership," Rosen Kitchens said. "That they look good on all different skin tones and skin types, that they fit on different body types, etc."

The other challenge with running a subscription-based business, in addition to curating boxes well, is maintaining excitement around a product that comes on a regular basis. Challenges with retention vary depending on the source of the analysis, but one survey from last year found that almost 40% of subscribers end up canceling their services, and only 55% of consumers who consider a subscription actually end up signing up for it.

Other studies have taken a more positive look at the model as it gains momentum with younger demographics. An August report by Magid found that renewal rates for subscription services were 85%, with club, fitness and food memberships being the most popular.

While subscription services are certainly catching on in retail, with Gap and Target even launching kids subscription boxes, the ability to retain customers is a constant concern from skeptics of the model. That pressure has arguably led to more flexibility in subscription services, with some offering the ability to skip a month or following a similar model to Stitch Fix, which offers a seasonal option and a one-time "fix" in addition to the monthly product it became famous for.

FabFitFun's solution to the retention issue was to launch with a seasonal service rather than a monthly one, which Rosen Kitchens believes is a big driver of the brand's user-generated content.

"What we found is this three months in between boxes really helped to build the anticipation and the excitement," she said, noting that when the boxes finally arrive customers have "been waiting for it" and jump onto social media to share their favorite products.

Brand and product assortment also play a role in keeping the box fresh every season. Not only does the company try to balance the boxes with a variety of personal care, home, wellness, apparel and accessories products, but they also include a mix of established, well-loved brands with up-and-coming brands that their members might not have tried out yet.

"[T]he reality is: most of our members are working professionals, they're moms. They don't have an hour to spend in the mirror before they go to work."

The idea is to give customers some things they already know and love while also fostering a sense of discovery. It's also left room for FabFitFun to launch its own private labels, which are tossed in with name brands in customer's boxes and, according to Rosen Kitchens, are also being grown outside of the FabFitFun universe through retail partners like Urban Outfitters.

The brand's private labels include ISH (I am Smoking Hot), a cosmetics brand; Summer and Rose, a beachy accessories line; Chic and Tonic, a home drinkware collection and two others launching over the summer and the fourth quarter respectively.

The company's decision to move into private labels followed similar logic to Glamsquad, a service-based company that ultimately launched makeup and hair care products because of the overwhelming amount of data it received from customer feedback. Rosen Kitchens said it all started when contouring was the hip new trend in cosmetics and she struggled — hard — to find a product that made sense for members.

"All of these kits were super time intensive," she explained. "The idea was, like, you cover your face in all this makeup that makes you look like a lion and then you rub it in. And the reality is: most of our members are working professionals, they're moms. They don't have an hour to spend in the mirror before they go to work."

As it turned out, the solution to finding a product was to stop looking and start creating.

So far, the company's efforts in the subscription space seem to be paying off. The retailer raised $80 million in a Series A funding round in January and has a valuation of $930 million, according to PitchBook. Not only that, but the retailer recently announced its expansion into the U.K., which kicked off May 15, in part due to "thousands of in-bounds requesting FabFitFun" in the area, co-founders Michael and Daniel Broukhim told Retail Dive in an email.

Despite its success in the subscription space, Rosen Kitchens notes that she doesn't compare FabFitFun to other subscription boxes, but likens it instead to memberships such as Amazon Prime, Spotify and Netflix, which are personalization-heavy services. Much like those platforms, Rosen Kitchens argues, FabFitFun is using customer data to provide a better, personalized experience.

"It's that Paradox of Choice that leaves us paralyzed."

The retailer's efforts are by no means over. According to the Broukhims, the brand's latest Summer Box had over 1,000 variations, but onboarding surveys, which gauge a customer's interest in certain products, are only used to "curate overall boxes," Rosen​ Kitchens said.

"So we know more of our members prefer silver over gold, we know what percentage of our members are going to find a super heavy scarf useful because of the percentage of members who live in a cold climate," Rosen Kitchens said of the way personalization currently works at FabFitFun. "So that's how we buy product and how we plan for overall box curation."

Where's the evidence that it's working? At least on the business side, 95% of the brands the company sends out in boxes ask to partner with the company again, Rosen​ Kitchens said.

She admits that FabFitFun was slow to start in personalization and is now investing heavily to make sure customers are getting better boxes in the future — a quest to improve choices that, ultimately, her team is making for customers. And yet, that's also part of the appeal of the box: not having to choose.

"We live in a world of just endless choice and we know that endless choice leads to stress, distress, unhappiness, right?" Rosen Kitchens said. "It's that 'paradox of choice' that leaves us paralyzed. What we're doing with this is we are curating choice."