What convenience stores are getting right

Whether it's fast delivery, a focus on local products or building out great private labels, c-stores have some lessons to teach other retailers.

A pandemic helped retailers realize something vital to the industry: All stores, in one way or another, are convenience stores.

That is, the demand for consumers to obtain products in a fast, streamlined way via their preferred channel went from being a retailer differentiator to an absolute necessity. Companies that hunkered down to improve operations were rewarded with increased sales. Those that didn't are getting left behind.

Traditional c-stores have been going through their own accelerated transformation because the needs of their customer base changed. No longer were they simply a place to get coffee before going to work — because a chunk of the population was suddenly making their own coffee from their at-home offices. Shoppers also didn't need to get gas on a regular basis because their commute disappeared and travel slowed.

Instead, shoppers needed basics. They were looking for paper products, cleaning supplies and grocery items, according to a report by the National Association of Convenience Stores. Total inside sales for c-stores increased 1.5% in 2020 to a record $255.6 billion, and average basket size increased more than 18% year over year as the segment helped fill basic product needs during a time of unsteady supply chain and panic buying.

With over 150,000 c-stores in the United States and over half of U.S. consumers saying they frequent convenience stores once a month or more, the retail segment is showing signs of advancing in a myriad of ways to continue to meet consumer needs.

"Convenience stores have become the cool kids," said Jeff Lenard, vice president of strategic industry initiatives for the NACS. "C-store doesn't necessarily stand for cool store, it still stands for convenience, because you have to sell speed of service. And speed of service is however the customer defines it."

Go back to (delivery) basics

The origin story of many convenience stores is based on one product: dairy. Milk delivery was introduced in 1785 in Vermont via milkmen who traveled through neighborhoods to sell their product, according to NACS's magazine. By 1964, Wood Brothers dairy company needed a distribution point for its milk and introduced its first convenience store — now known as Wawa.

So, while the pandemic may have changed consumer shopping habits, in many ways, the c-store industry leaned heavily on systems that defined what set it apart from the beginning. Meaning, the ability to reach their customer where they were, either through home delivery or by easy to reach brick-and-mortar locations.

The pandemic sped up those revived options, with retailers like 7-Eleven partnering with Instacart by offering delivery of milk, bread, eggs, alcohol and other staples in about 30 minutes. Foxtrot Market was founded in Chicago as a delivery-only convenience store, then moved to open a number of neighborhood-focused brick-and-mortar locations while still offering about 1,000 SKUs for delivery within an hour. And Gopuff, which launched retail sites in New York City this fall, delivered products "in just minutes ... for immediate everyday needs" through micro-fulfillment centers.

"This next generation — Gen Z and Gen Alpha and Gen Beta — they didn't ever have to wait for the tape to rewind," Anne Mezzenga, co-founder of Omni Talk, said in an interview. "They are so used to streaming their music, their TV, getting delivery in 15 minutes. And that's not going to change. And so, as a retailer, whether you're a grocery retailer or a convenience store retailer, you have to be putting some level of testing dollars or R&D efforts towards figuring out how instant delivery can be done in your business."

As malls continue to find a new way forward, especially as anchors falter, many retailers are attempting an off-mall approach to real estate. That means moving into strip centers and neighborhoods and testing small-format locations.

Bloomingdale's, for example, is testing its Bloomie's concept in Fairfax, Virginia, where merchandise is highly curated and frequently changes. Nordstrom has its merchandise-free Local store concept, and even Foot Locker and Nike have opened up neighborhood-based stores.

C-stores, though, have a history of providing local products to the communities they serve. These retailers typically have stores that are smaller in footprint and fit into areas that large grocers cannot, thereby providing grab-and-go solutions to their customer base.

That concept is only going to grow as c-stores evolve, according to Eric Dzwonczyk, global co-leader of the restaurants, hospitality and leisure practice at AlixPartners. "I think that localization is probably the thing that trumps everything. The pandemic has sort of reinvigorated that in American urban consumers," he said.

That means c-stores can act as a central point where people in a community can gather and hang out, as well as make quick trips to pick up a couple of items, according to experts.

An optimized assortment of products on a local level is what convenience stores have always offered, simply because many times there were so many c-stores in the same area. "For years, retail had a one-size-fits-all, or a two-size-fits-all" solution, Dzwonczyk said. But, c-stores had to adapt because there are so many of them, with some less than a mile from each other. "Really being able to quickly localize and tailor the assortment to the area where they're operating, I think is an awesome advantage. And being able to do it quickly," he said.

That's especially true if c-stores move to become more hybrid in nature — meaning a combination of the traditional convenience store, with an added mix of grocery item availability and great food, according to Dzwonczyk. High-end c-stores seem to be following this trajectory: "They're part convenience store, part restaurant, part grocery, part corner market, part cafe. There's a little bit of everything all in one place. And I think that's the thing that's really generated the most consumer appeal," he added.

Although the concept is not new, private labels have increasingly become a part of a product strategy in retail. Target specifically has led the way — it now has 48 private brands, 10 of which are worth a billion dollars. Bed Bath & Beyond this year launched eight of its own and Foot Locker introduced its products via the Lckr brand, the Don C lifestyle brand and a performance line through Eastbay.

Grocery is also increasing its private label efforts. A recent report from the Food Industry Association found that 91% of food retailers and manufacturers are planning to significantly or moderately ramp up their private labels in the next two years. Within grocery, private brand sales reached over $64 billion last year, up nearly 15% from the year prior. The motivation behind the change, at least in part, has to do with the pandemic. Seventy-seven percent of survey respondents said they are changing or rethinking assortments and supplier strategies due to COVID-19 pushing changes in consumer behavior and supply chain operations.

Private labels are a way for retailers to give consumers quality at a reasonable price point, can be a competitive product offering and gives shoppers an alternative to large brands, according to WholeFoods magazine.

That may be some of the reasoning behind why c-stores are pushing further into the category, as they leverage their owned brands. This spring, Foxtrot Market announced two senior-level hires to help expand the company's private label meals and grocery products to help support its "fastest-scaling category." In December 2020, 7-Eleven reached $1 billion in private brand annual sales.

Private label sales are expected to continue to climb. An NACS article that cites research from mobile platform and analytics company InMarket said that private label sales increased 12% in 2020 from the previous year. Additionally, private label offerings may help determine where people decide to shop, and higher earners with incomes of over $100,000 are increasingly purchasing private label products at c-stores.

A treasure hunt shopping experience has always been the domain, and strength, of off-price retailers like T.J. Maxx and Marshalls. Yet, the same may be said of convenience stores.

While customers always expect to find products like snacks, coffee and household cleaners at gas stations, there is a certain level of discovery that occurs with these stores, especially when it comes to food.

"When you take the gas station component away you have a restaurant."

It may be because around 60% of convenience stores are one-store operators. That means individual owners are bringing their particular concept of what will drive traffic to their brick-and-mortar locations. "With almost 100,000 different owners, there's so many ideas," Lenard said.

Whether it is brisket in California, Nepali dumplings in Virginia or fried chicken in Michigan, offering great food at a value price point is a way to build excitement and consumer loyalty.

Convenience stores have improved their food offerings so much that some experts think that their competitors aren't other retailers but rather other restaurants. And research backs up that notion: AlixPartners reports that high-frequency customers are more likely to purchase meals from c-stores, with 84% of those shoppers interested in doing so.

That is all part of the c-store evolution, according to AlixPartners' Dzwonczyk. "More and more they've moved into the foodservice business, and now really compete with restaurants," he said. "And they've really amped up their game in terms of being able to hit a wide range of consumers, families and kids at different times of day with good quality and reasonable price points."

But, it's not just about the food. As with localization, the notion is to give shoppers something unanticipated in addition to those items they expect.

"People love being surprised, right?" Lenard said. "They love when they find something unique."

Continue to experiment with tech

By their nature, convenience stores have always been at the forefront of making a shopping experience quick and easy, but even these retailers had to expedite changes in order to meet the needs of shoppers during a pandemic.

"The pandemic forced probably five years of innovation in eight months for convenience stores," Dzwonczyk said. "They got so much better at foodservice and delivery and technology because they had to."

Even as c-stores had to recently adopt new practices, they've also been steadily experimenting with technology even prior to the pandemic. One place where that is most evident is with grab-and-go tech.

"The biggest change that is hitting the c-store right now is this idea of cashierless checkout," said Omni Talk's Mezzenga.

Amazon has been one of the leaders in the space with its Go concept stores that debuted in 2018. Since its launch, Amazon has moved to sell its Just Walk Out cashierless tech to other retailers, and last month partnered with Starbucks to debut a grab-and-go store in New York City.

Amazon isn't the only company that is building out that type of technology, though. Startups like Standard Cognition and Zippin have raised millions of dollars to further develop, scale and implement cashierless tech. Even 7-Eleven opened its own cashierless store at its corporate headquarters last year.

And the reason why c-stores are willing to experiment with this and other technology? It all comes back to a foundation of serving customers better, and faster. 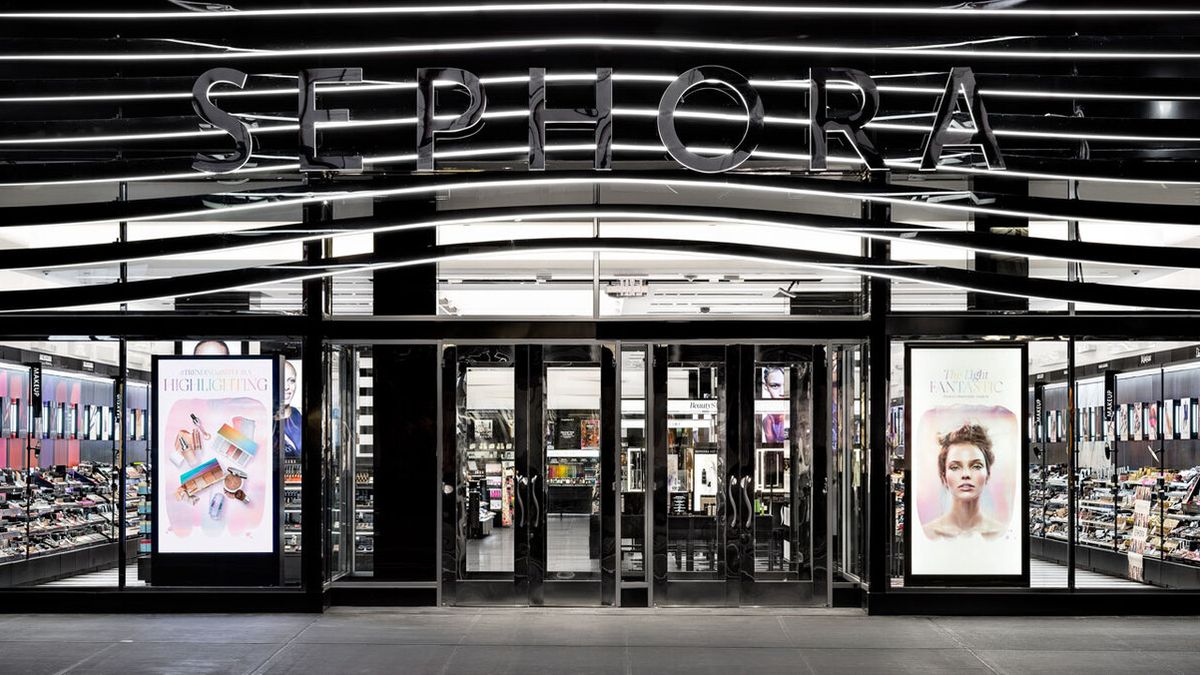 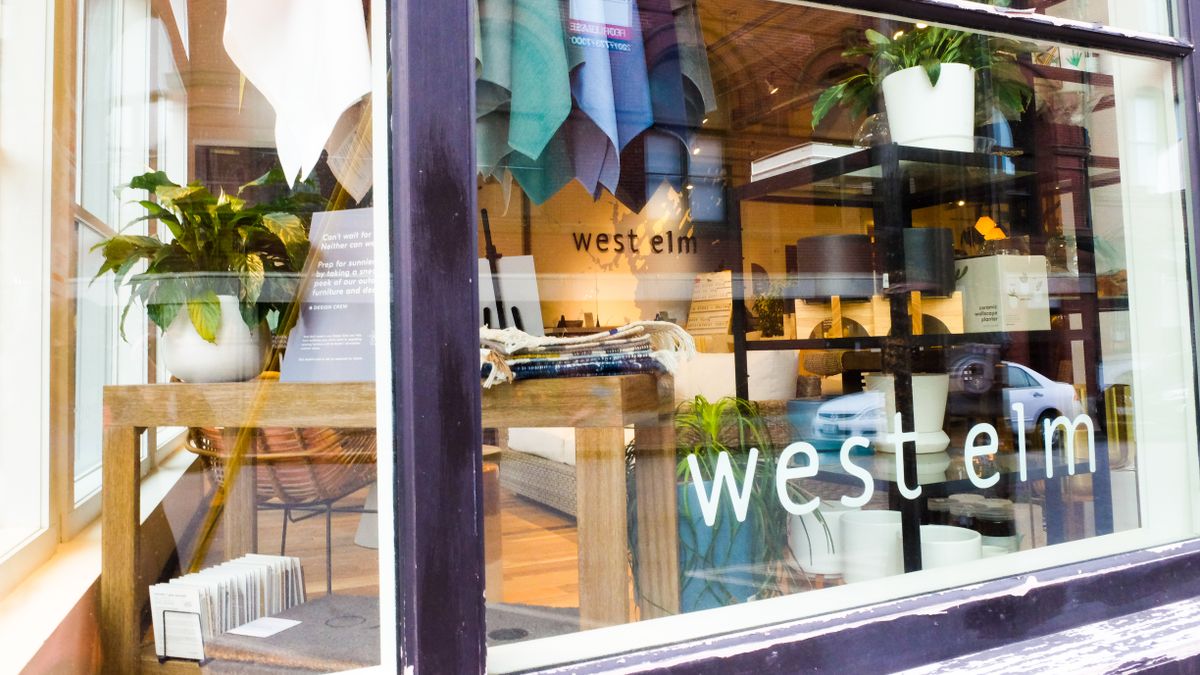 View all | Post a press release
lululemon partners with Nedap to advance RFID technology across stores globally
From Nedap
Topps Tiles Transforms Fleet Delivery Operations and Strategic Modelling with Descartes’ Route…
From Descartes Systems Group
KAYAK and Affirm Partner to Help Travelers Book Now and Pay Over Time
From Affirm
RELEX and Legion Unite to Deliver Best-In-Class ROI to Retailers
From Legion Technologies
Editors' picks
Latest in Operations
Industry Dive is an Informa business
© 2023 Industry Dive. All rights reserved. | View our other publications | Privacy policy | Terms of use | Take down policy.
Cookie Preferences / Do Not Sell