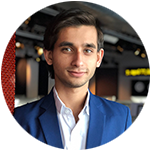 As the pandemic pushed buyers towards e-commerce channels, platforms like Shopify enjoyed exponential growth. Shopify's net income for Q1 2021 was $1.2 billion, or $9.94 per diluted share, compared with a net loss of $31.4 million, or $0.27 per diluted share in Q1 2020. Its revenue increase 110% year-over-year, primarily driven by increased online sales.

"It's been more than a year since the global pandemic began, which triggered e-commerce to grow at a rate that has transformed the traditional retail model," Shopify President Harley Finkelstein said during the earnings call. "Merchant sales growth on our platform accelerated in the first quarter as merchants leveraged our modern commerce technology," Finkelstein said in another statement.

In 2020, e-commerce sales surged 32.4% annually to $749.5 billion annually. This growth was more than double the 2019 annual growth rate, as shuttered stores and consumers' wariness toward in-person interaction pushed them to shop online, according to a report by Intelligence Insider.

"Strong Q1 GMV versus last year was the result of a greater share of retail spend going to online purchases," Shapero said. "$17.3 billion of GMV was processed on Shopify Payments in Q1, an increase of 135% versus the comparable quarter last year."

Shopify Capital has grown to approximately $2.0 billion in cumulative capital advanced since its launch in April 2016. Nearly $312.8 million of advances and loans were outstanding on March 31, 2021 compared to $192 million at March 31, 2020.

Shopify's investment in Affirm also paid off during the quarter when Affirm sold stock for the first time in a January initial public offering, and earned $1.3 billion in unrealized gains. Last year, Shopify launched Shopify Pay Installments where customers can pay merchants in four equal installments.

"We expanded our marketing partnership with TikTok internationally to an additional 14 countries in North America, EMEA, and APAC," Finkelstein said during the earnings call. "So far, we've seen good traction in the adoption of TikTok in the U.S. since we launched the integration last October."

The company also integrated its Shop Pay service on Facebook and Instagram to allow customers to buy and pay for products through social media channels.

"The number of shops actively selling on Facebook has more than quadrupled since Q1 a year ago, as well as the GMV through Facebook," Finkelstein said.

Last year, Amazon saw its grip on e-commerce loosen a bit as other platforms gained market share. According to DigitalCommerce360, a think tank, Amazon represented nearly 31.4% of all U.S. ecommerce sales growth in 2020.

E-commerce sales grew by 44% in 2020 offset by the pandemic. Shopify expects sales to flow back to in-store and physical retail channels as vaccine roll outs open up the economy.

"Some consumer spending will likely rotate back to offline retail and services, and the shift to e-commerce, which was accelerated in 2020, will likely resume a more normalized pace of growth," Shapero said.

The Canadian company has nearly 1.7 million merchants on its platform, according to its annual 'Economic Impact Report.' The report published together by Deloitte, calculated the economic impacts associated or generated by Shopify businesses using their services. Businesses using Shopify generated $307 billion in 2020 in revenue, compared to $136 billion in 2019 and employed 3.6 million full time in 2020, compared to 1.2 million 2019.

Get Retail Dive in your inbox