10 Items or Less: Why retailers need to rethink what they think about mobile 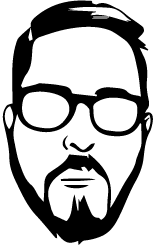 Each week, Retail Dive editor Jason Ankeny weighs in on the industry headlines and trends capturing his attention. This time around: Smartphones, shoes and solar power. If you want more, check out last week's 10 Items or Less on what retailers can learn from the Grateful Dead.

Conventional wisdom states that shoppers browse on smartphones and buy on the desktop.

Conventional wisdom is a crock.

Consumers now browse and buy via smartphone, according to a new cross-device commerce study conducted by performance marketing technology company Criteo. Nearly a third of all digital transactions span two or more devices from the first website visit to the point of purchase, Criteo found: 25% of all cross-device transactions completed on a desktop started on a smartphone, while 35% of sales completed on a smartphone initiated on the desktop.

In all, smartphones now account for a quarter of online retail sales in the U.S., a year-over-year increase of 41%, Criteo reports. “If you speculate about what’s driving that, mobile devices have become easier to transact on, especially with the iPhone 7 — because the screen is larger, it’s more e-commerce-friendly,” Jaysen Gillespie, Criteo’s vice president of analytics, insights and data science, told me at last week’s eTail West conference in Palm Springs, California. “Also, people have psychologically gotten over the barrier that says, ‘Mobile isn’t for buying.’”

It helps that smartphones are omnipresent in consumers’ lives. You can’t say the same about desktop devices or even tablets, whose share of total e-commerce transactions completed on mobile devices plunged 18% year over year. Like the sports cliché says, the best ability is availability.

“Consumers want to research and purchase with what’s convenient for them at the time,” Gillespie said. “A tablet isn’t terribly convenient if I’m outside of my home. But if I’m on the bus or train on my way to work, or at work or at lunch, I always have [my smartphone] with me.”

But the mobile shopping experience remains far from optimal. The newest edition of performance analytics firm Soasta’s semi-annual State of Digital Performance report, which analyzed 10 billion user visits across a range of retail, media and travel sites, found that the median bounce rate for shoppers using mobile devices is almost 58%, while tablet shoppers bounce at a median rate of close to 45%. Even a seemingly small hiccup can derail a sale: A 2-second delay in load time can hurt conversion rates by 103%, while just a 100-millisecond delay in load time can bring down conversion rates by up to 7%.

“Mobile users are extremely impatient when it comes to performance,” Buddy Brewer, Soasta’s senior vice president of products, told me during an eTail West chat. “You’re losing revenue to the competition if you’re not fast enough on mobile.” Brewer recommends a series of fixes to help retailers sidestep what he calls “digital performance pitfalls,” including testing how users move through websites and identifying the most important pages to determine where even tiny changes can have a monster impact.

The good news is that retailers are committed to improving and enriching the mobile experience. More than half of retailers say mobile initiatives are among their top three priorities in 2017, according to a recent report from the National Retail Federation’s Shop.org division and research firm Forrester. The rest need to get their priorities in order. Their reputation depends on it. Their bottom line, too.

“One of our customers ran a Super Bowl ad,” Brewer said. “Think about the audience for that: They’re on the couch, they see the URL for this promotion being run and they want to see what’s at that URL. They’re not taking that laptop out. In fact, 96% of the traffic they drove to that site — with the most expensive ad they’ll run all year — was mobile users. If their site hadn’t been dialed in to work on mobile, then they’re flushing a lot of money down the drain.”

Virginia tech: Delivery robots will be able to operate on sidewalks and through crosswalks across the state of Virginia under a new state law passed late last month and going into effect on July 1 — the first such droid legislation enacted in the United States.

Discomfort shoes: Crocs is capping off a two-year transformation effort by closing some 160 of its 558 retail stores — roughly 28% of its fleet — by the end of 2018.

Outage outrage: More than half of the top 100 e-commerce retailers’ websites suffered slow loading times for several hours following a major outage of cloud storage services operated by Amazon Web Services, with some — including Express, Lululemon and One Kings Lane — knocked entirely offline.

60: The number of U.S. stores targeted for closure by slumping teen apparel retailer Abercrombie & Fitch in the wake of continued same-store sales declines.

“Apparel brands need to realize that crises are inevitable in business. What consumers and other stakeholders judge is how the company responds. Regardless of the company’s role in the crisis, it needs to respond in a way that demonstrates leadership and provides stewardship for the interests of stakeholders, including consumers, employees, partners, shareholders and communities.” — Chris Nelson, senior vice president and partner, Crisis Lead, Americas at global communications management firm FleishmanHillard, on addressing public relations debacles.