While the conference showcased plenty of "cool tech," overall "felt stuck in a time warp" and needs to innovate faster, writes Christopher Walton.

Editor's note: The following is a guest post from Christopher Walton, an independent consultant and former vice president, Target Store of the Future.

The National Retail Federation’s Big Show 2018 was a bag of mixed emotions. I had high hopes for the show, given the exciting transformational change currently underway in our industry. This year was the first year in nearly 20 years that I was not working for a large national retailer, so I was excited, as a startup entrepreneur and blogger, to hustle, pay my own way and see the show with a fresh perspective.

But I boarded my plane home at John F. Kennedy International Airport (never LaGuardia Airport) full of dreams deferred: NRFs Big Show 2018 did not live up to my expectations.

While I saw some "cool tech" and met up with some great colleagues, the show itself felt stuck in a time warp, sandwiched between a massive generational gap of the hubris that comes from experience on the one hand and of the beautiful naivety that comes from inexperience on the other. It was like watching U2 in the 1980s belt out Pat Boone’s greatest hits (and for those of you that don’t know who Pat Boone is, he is a freaking old school crooner, and probably still celebrated by many at the show).

So, much like biscotti cookies, which are good only in that they are still cookies but bad in that they often can double as home improvement tools, here is my conflicted good, bad and ugly list from the NRF’s Big Show 2018:

Far and away the most mind-expanding demo I saw at this year’s trade show was Xenia Retail’s cloud point-of-sale platform within the Microsoft exhibit. Xenia’s capabilities put general scan-and-go implementations, which are all the rage right now, to shame.

Xenia has created a cloud cart scan-and-go capability that frees retailers from the operational hiccups of legacy brick-and-mortar retailing. It enables retailers to merchandise product differently, to handle price change differently, and most importantly to evolve the guideshop concept that Bonobos once pioneered to a whole new level of self-guided, customer engagement. It makes one’s mobile phone the literal remote control for the physical world

As Xenia CEO, Troy Stelzer, likes to say, "if data is the heart of the new flywheel of omnichannel retailing, then cloud point-of-sale is the enabler." Xenia’s solution brings into focus a world where IoT is not just about operational efficiency, but also about networked consumer experiences that celebrate the physical joys of shopping in ways unimagined ... until now.

Sadly, my second favorite thing I saw at the show was not at the show itself. I followed my own advice, left some time in my schedule and toured some upstart retailers on Monday evening. While it was fun to see concepts like Outdoor Voices, Allbirds and Glossier up close for the first time, the Real Real blew me away – for real real.

The Real Real, which specializes in reselling luxury goods that it buys on consignment directly from individuals, opened a store in SoHo. The store is a marvel to behold: Every piece of merchandise is 100% unique, changes regularly and creates an element of surprise on each customer trip. The sales staff is incredibly knowledgeable too – the woman I spoke with behind the jewelry counter was studying to be a gemologist in her spare time! It is a luxury experience at a great value, with a surprise around every corner.

What was perhaps most impressive was that the digitally native pure play clearly had thought about their technological infrastructure from the ground up as well. Astoundingly, and despite the incredibly complicated supply chain logistics that accompany their business model, every single item within the Real Real’s store was also available for purchase online.

It was an impressive sight to behold, one that my words alone cannot do justice and one that the competition will find hard to replicate. I don’t throw this word around lightly, but the store was one of the best examples of a “holistic” omnichannel solution I have seen.

The Big Show is really the Big Slow

NRF’s Big Show is not evolving fast enough. Despite being surrounded by more middle-aged white men than when I once spent a week in an Irish urology ward, the most concerning sign of just how slow NRF is evolving was brought to light by the show’s Innovation Lab.

While I did not do a scientific count, I would guess that 50% of the technology companies that showcased capabilities within this year’s Innovation Lab also showed at Shop.org’s 2017 Innovation Lab back in October. I will be blunt – this is sad.

We rightly should expect our industry association to bring more newness to the forefront of our annual New York pilgrimage.

Moreover, an executive from a technology company within the Innovation Lab (who shall remain nameless) said something provocative that I will never forget. He said that he vastly prefers to show his product within the Innovation Lab over the larger trade show floor because it is the only place he can be assured that the people who talk to him actually have a concrete interest in learning and doing new things, whereas the residual tradeshow floor is instead for big companies to show off the size of their booths or for retailers to check the box with their bosses back home that they did in fact attend the show.

If he is right, this anecdote is revealing, and NRF and retailers themselves should put themselves on blast.

Legacy bricks-and-mortar retail is in a tough spot

Lending more credence to my point above, the universal refrain I heard from nearly every entrepreneurial tech company with whom I spoke at the show was that legacy retailers are only focused on point-to-point solutions that work within their existing IT architectures. Few retailers are willing to take a risk and think about exciting, new technology implementations fresh from the ground up, like redesigning their operations from scratch today versus trying to evolve the legacy systems and operations they have carried with them for decades.

This puts entrepreneurs in a tough spot. When I questioned them, they said that small- and medium-sized business were more apt to be interested in their solutions, but that they had to focus on playing the point-to-point game to get scale in their business models quickly.

Translation #1 –  Entrepreneurial startups run the risk of having the beauty of their solutions get watered down, if accepted at all, by big retail, while small- and medium-sized businesses are then left to their own devices to solve technological conundrums with the scraps from the dinner table.

Translation #2 – Legacy brick-and-mortar experiences may never evolve to take full advantage of all the new technological capabilities that are out there, leaving a vulnerable gap for upstart digitally-native brands to exploit, as they get ever more aggressive in creating physical retail experiences fresh from the ground up.

If I were to implore our industry association to do one thing going forward, it would be to shift the tenor of the show toward education. This year, I deliberately tried to approach the show as a wet-behind-the-ears entrepreneur with no experience in the industry. I quickly realized navigating the show under this premise was downright impossible.

The show was a sea of humanity and jargon. If I were new to the experience and wanted to learn about cloud commerce, let’s say, it would be hard to know where to begin. The tools, the floor setup, the high-level nature of the speaker presentations all made it difficult for one to understand the details that matter.

I would love to see NRF take a bolder approach, to become almost like a librarian at my local library. For example, if someone has a question or query, they could offer advice on vendors and books to check out while at the show. Oh, and offering some useful background articles on the subject to read before arriving wouldn't hurt.

Then I would complement this approach with actual debate. NRF should get people up on stage to debate topics that matter. I, for one, am sick of hearing about app fatigue. Is it real? Or are we just using apps for the wrong things? What about visual recognition technology – is it all that it is cracked up to be or are there better, more efficient ways to accomplish the same goals?

Let’s get some experts up on the stage and debate the hell out of topics like these and many others. Let’s argue about what is really on people’s minds in the altruistic aim of helping each other out.

Finally, the show is too male.

Walking the show with my female business partner was embarrassing. She mentioned to me that if we put a video of hers and my experience in a time capsule and narrated it with a cool English accent, a historian years later would look back on the video and think we had left behind an anthropological study of women struggling to survive as an endangered species.

Of the 15 to 20 odd vendors with whom we spoke at the show, we met one woman, and also left many of these encounters infuriated, as men handed me their business cards and her invitations to after hours parties.

General speakers and panel sessions of women, like CEO of Brandless​ Tina Sharkey, who are forging the next wave of retail, are a step in the right direction, but it is time we go further.

Where is the wing or trade show floor dedicated solely to women-led businesses?

My partner and I would gladly cast our lots with the women entrepreneurs and leaders within such a setup far more than we would the plethora of Brooks Brothers suits that dominate the main show floor today. 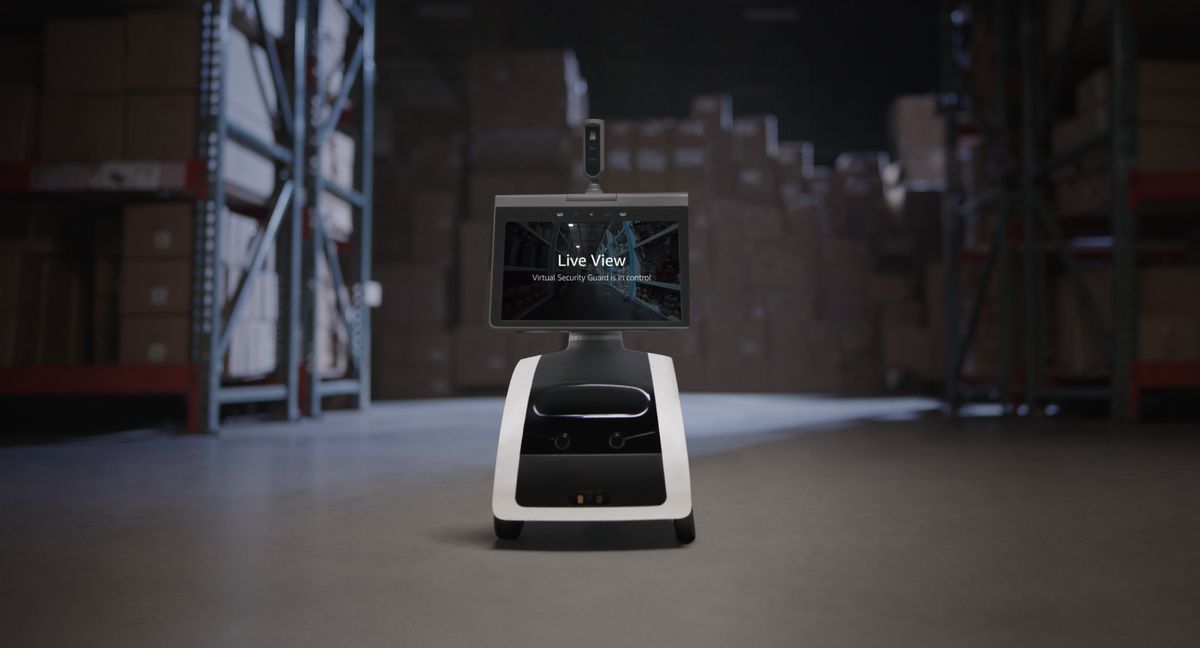