Holiday rewind: How the shopping experience changed in 2021

And just like that — another holiday season has come and gone. Much like 2020, the holidays in 2021 were marked by the impacts of the pandemic. Retailers relied on fulfillment services like curbside pickup and same-day delivery to get their products into customer's hands safely and encouraged early holiday shopping to combat supply chain challenges.

Worker shortages made holiday hiring more difficult than years past and the threat of stockouts gave both retailers and consumers more to worry about. Retailers were cautious with their approach to the season, putting limitations on holiday experiences and leaning into virtual events to spread cheer, and e-commerce continued to have a hold on the season as many consumers opted to stay home rather than venture into stores.

According to an October report from Coresight Research, more than 78% of shoppers expected to buy gifts online for the 2021 shopping season, and 20% of consumers planned to shift some or all of their usual brick-and-mortar spending online. Some organizations found Cyber Monday sales increased again in 2021 as a result, while others recorded slight declines from 2020, but shopping digitally was undoubtedly still a major part of consumer behavior.

With 2022 now underway, and sales results soon to be rolling in, we take a look back at what defined the 2021 holiday shopping season.

With more ways to shop, and an earlier start date, is Black Friday a fair metric to determine the busiest time of the year for retailers?

The uncertainty of the pandemic pushed retailers to think differently about the holiday season in 2020. That year Amazon set its Prime Day in October, unofficially marking the beginning of holiday sales, as retailers anticipated a bump in e-commerce sales.

Similarly, 2021 saw retailers push for consumers to start shopping early, especially due to ever-looming supply chain complications. And consumers listened, with many anticipating that their desired products may not be available if they waited too long.

Target announced that it was bringing back its Deal Days in October, along with a holiday price match guarantee. Walmart also unveiled early Black Friday sales that same month, which promised the "biggest, best savings of the season." (Even Halloween served as an early forecaster of how sales events might proceed this year.)

The 2021 season, unlike 2020, had more shoppers in stores, in part due to the widespread availability of vaccinations. Shoppers were also taking advantage of BOPIS and curbside pickup, which grew in popularity during the early days of the pandemic. It also saw a decrease in the number of promotions around Black Friday, which may have consumers reframing how they shop in the future.

What happens when a historic spike in demand hits a global supply chain system still recovering from a pandemic and its many disruptions? Retailers found out in 2021.

The supply chain crunch was felt differently across sectors and companies, but nearly everyone noticed the container shortages, port traffic jams or factory closures, if not all of the above. (A rare few who source domestically, such as Canada Goose, were able to take a victory lap and make a nearly unheard of statement during their earnings calls — that the global supply chain crisis did not pose a material headwind their business.)

But the challenges and pressures for brands and retailers didn't stop once goods made into ports. They still had to staff warehouses in a tight labor market as well as find truckers and last-mile deliverers. More and more retailers added same-day delivery to their bag of tricks to win over consumers during the holiday season. J.C. Penney tapped DoorDash, Chico's tapped Walmart and its new third-party logistics service, Party City chose Target's Shipt, and the list goes on.

And then — after retailers managed to ship their goods out of factories suffering COVID-19 outbreaks, across thoroughly snarled supply routes, through backed up ports, into labor-hungry warehouses and to the doors of consumers — many consumers were poised to send those goods right back. According to one study by CBRE and Optoro, consumers planned to return nearly $67 billion worth of goods. Always a headache for merchants, returns were an even bigger blow to margins in 2021, with costs expected to rise to 66% of the price on a given product valued at $50.

In October, 683,000 workers left their retail jobs at a quit rate of 4.4%, according to the latest numbers from the Bureau of Labor Statistics. Retailers added 7.5% fewer seasonal jobs compared to 2020, according to a December report from Challenger, Gray & Christmas. Transportation and seasonal warehouse jobs dropped by 8.4%, per the report.

In an effort to attract workers, retailers throughout the year added perks like signing bonuses, higher pay and tuition assistance.

But with COVID-19 cases surging and new variants forming, retail jobs have become more hazardous. According to a 2020 study from Occupational and Environmental Medicine, retail workers that have direct contact with consumers are five times more likely to test positive.

Consumers are ready to spend — for now

Although deals got sweeter and retailers' marketing emails more enticing as Dec. 25 approached, it was difficult to find the kind of blockbuster markdowns that holiday shopping is known for.

That may have put a damper on red-letter events like Black Friday and Cyber Monday, with the latter's sales down slightly compared to the previous year. Overall, though, consumers have been spending pretty confidently, starting quite early on. Retail sales in the core segments covered by Retail Dive were up significantly in the three months preceding December — more than 16% in November and surpassing 11% in October and September.

"Fundamentally," Federal Reserve Chair Jerome Powell said in December, "the consumer is really healthy. And we expect personal consumption expenditures to be pretty strong in the fourth quarter."

There are a few reasons for that. While much of the direct pandemic relief is in the past, unemployment remains low and many consumers continue to receive support in the form of child tax credits. Plus, with 2020's lockdowns a distant memory and vaccinations free and readily available in the U.S. as of the spring, people have had a reason to spend, particularly on clothes for work and play. They headed to stores to get that done — tempering the massive growth in e-commerce seen in 2020 and early 2021. Returns and wanting to see merchandise in person remain major reasons to go to a store.

In 2021, less wealthy consumers (many of them younger) also availed themselves of "buy now, pay later" options, offered by an increasing number of retailers. One platform, Afterpay, recently reported a 34% increase in store and online, with an 11% increase in the number of Gen Z consumers using the approach compared to the previous year.

The option has helped consumers cope with higher prices, according to Black Friday research from ACI Worldwide, which found that while the volume of Black Friday e-commerce transactions remained the same year over year, their value doubled, "showing an increased consumer confidence in spending potentially fueled by the growing popularity of Buy Now Pay Later (BNPL) options." With inflation hitting prices of groceries and fuel, consumers are likely to turn more to discounters like dollar stores and off-price stores, according to research from GlobalData.

The omicron variant of the coronavirus could be felt in the waning weeks of the season, leading consumers to opt for gift cards, which will show up as sales only once they're redeemed, MKM Partners Managing Director Roxanne Meyer said in a research note ahead of the holidays.

"While the Omicron spread has the potential to deter last-minute shoppers, we'd still note that spending at stores is likely to remain meaningfully above [2020], given we are not faced with the capacity constraints and shopper hesitation of [2020]," Meyer said.

In all, retailers are set to have a successful holiday sales season when the final tallies are in, though 2022 may be a different story, as the pandemic enters a worrisome chapter without the level of federal support that characterized last year.

"From our consumer research, there is a sense that shoppers are postponing their worry about household finances until [2022]," GlobalData Managing Director Neil Saunders said in emailed comments. "This, along with the continued benefit of higher savings and enhanced benefits, means that retail will end [2021] on a high note. However, it also signals that, come 2022, there could be a moderation in growth as bills come in and households look to balance their books."

Thanks to the pandemic, the holiday shopping season may never be the same. But despite restrictions, retailers have found a way to create new shopping experiences in the virtual world.

Macy's reintroduced Santa Claus visits in 2021, albeit "contactless." Consumers had to reserve their visits with Santa at select locations, but for those that couldn't go, Macy's conducted a virtual experience featuring interactive games and an interactive video.

If retailers had a naughty or nice list, social media would join the latter. Retailers took full advantage of shoppable content, livestreaming and other features on social media. Walmart, for instance, had an interactive game on Instagram, called "Play for Joy," that lets users play with a claw machine to grab virtual gifts.

With 67% of e-commerce sales coming from mobile in 2021, according to Snapchat, it's easy to see why retailers have increasingly invested in the social commerce space. 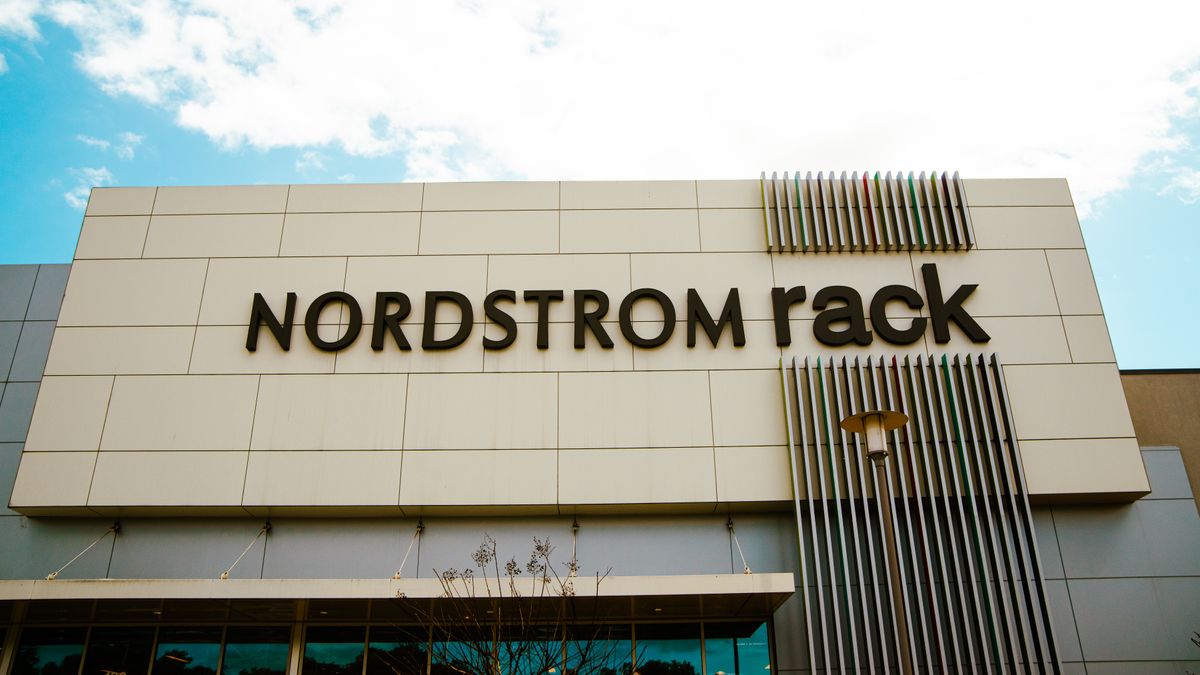 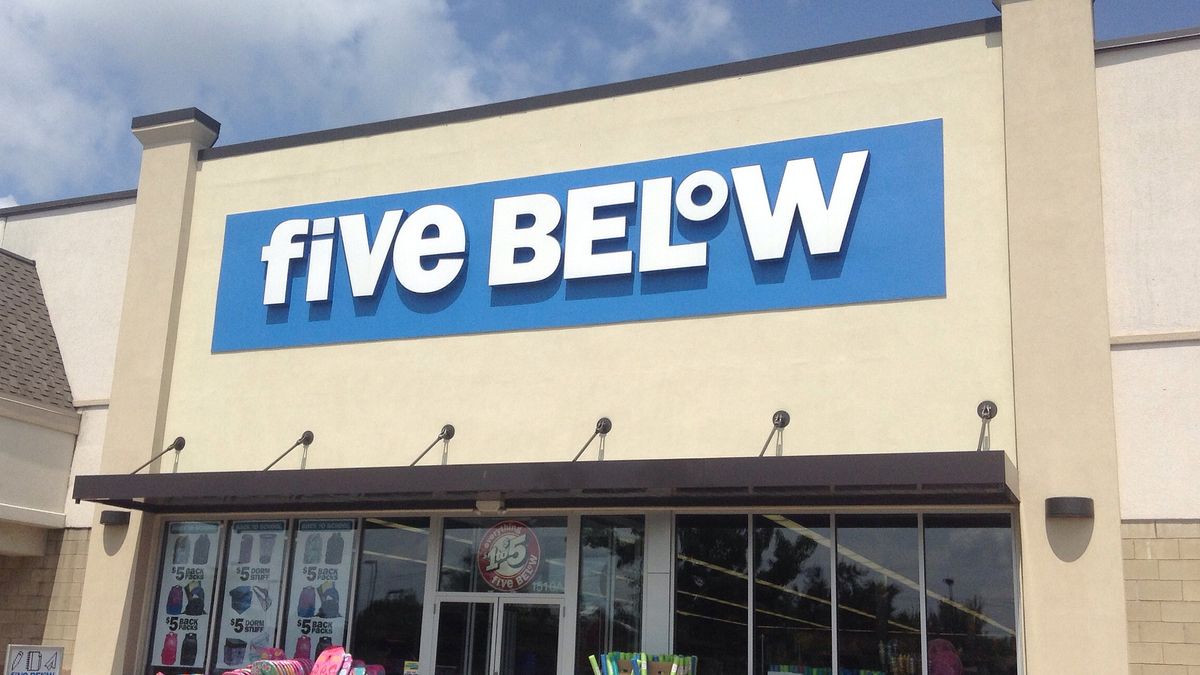 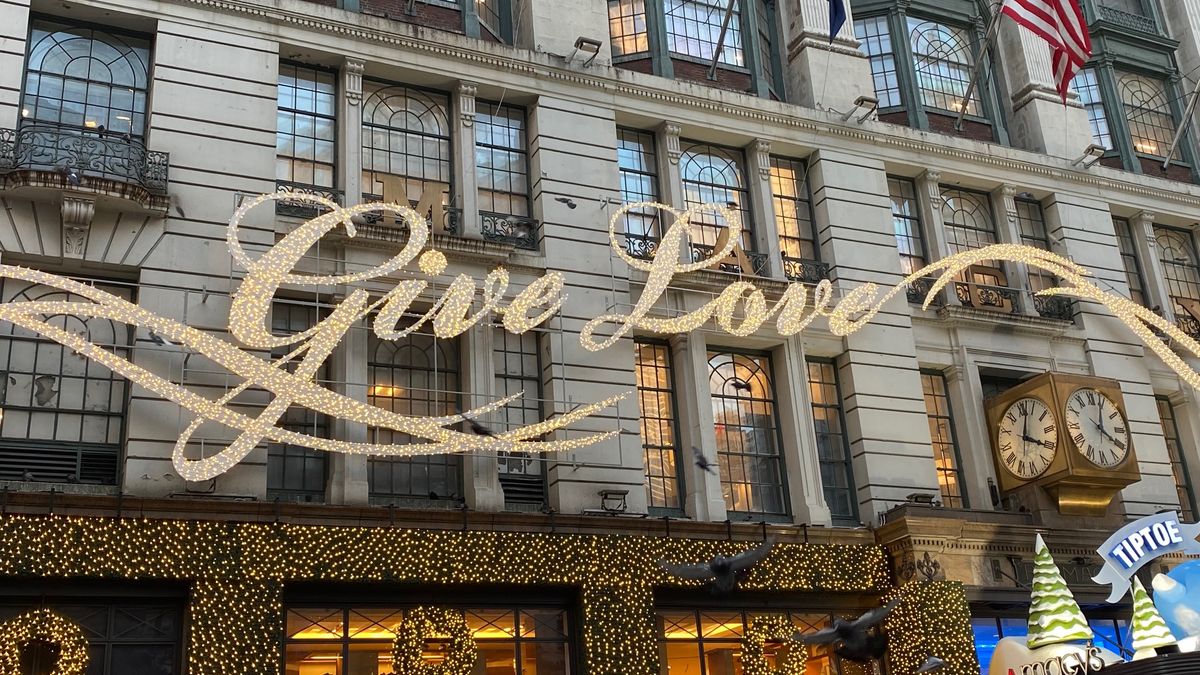 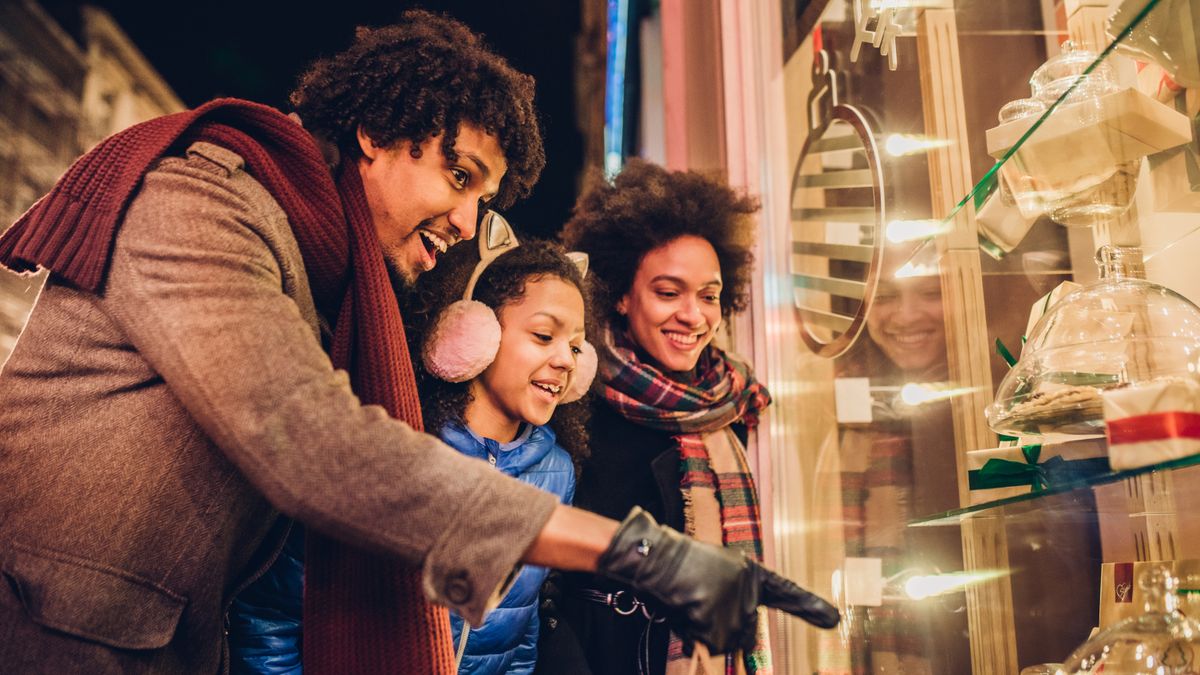 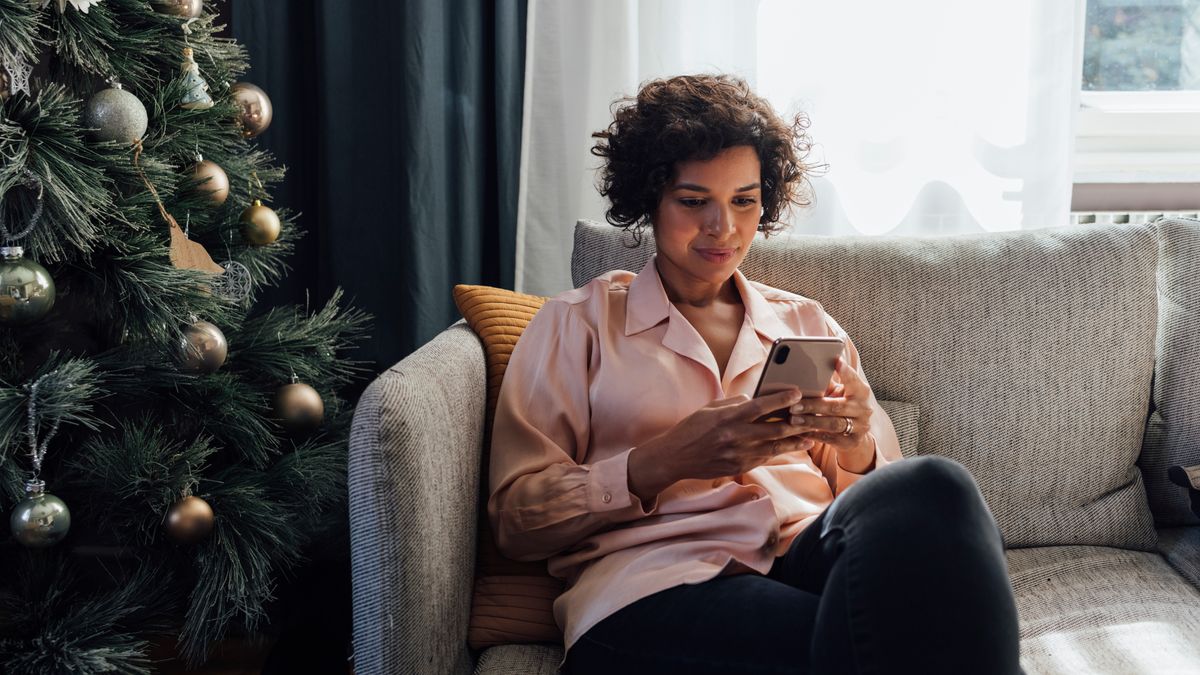 View all | Post a press release
Temu Empowers Shoppers With Headstart to Affordable Valentine's Day Shopping
From Temu
KAYAK and Affirm Partner to Help Travelers Book Now and Pay Over Time
From Affirm
Stark & Stark’s Onder Cites Retailers to Watch for 2023 Bankruptcy Filing
From Stark & Stark
Cole Haan Focuses on a Unified Commerce Future with Aptos ONE
From Aptos
Editors' picks
Latest in Holidays
Industry Dive is an Informa business
© 2023 Industry Dive. All rights reserved. | View our other publications | Privacy policy | Terms of use | Take down policy.
Cookie Preferences / Do Not Sell