Executive of the Year: Marc Lore

President and CEO of U.S. E-Commerce at Walmart 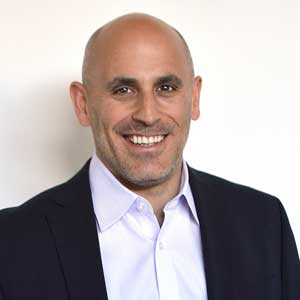 —Marc Lore, President and CEO of U.S. E-Commerce at Walmart

Lore first created Quidsi, which was sold to Amazon in 2011 for $545 million. He later founded Jet.com before being acquired by Walmart.

Following the sale of Quidsi to Amazon, Lore joined the e-commerce company but left less than two years later to launch another startup, Jet.com.

Few people have had as big an impact on retail in such a short period of time as Marc Lore. In just one year, he has energized the world's largest retailer as it does battle with Amazon, woos younger shoppers and grows e-commerce. It's no small job, but Lore is clearly up to the task.

Lore has founded and sold not one, but two major companies — Quidsi to Amazon in 2011 for $545 million and Jet.com to Walmart for $3 billion. When Walmart bought Jet.com in August 2016, many speculated Lore was the real prize — not Jet's pricing algorithm. He was named president and CEO of Walmart's U.S. e-commerce division and the retailer's online expansion began to happen fast.

Walmart went on a buying spree, acquiring fresh young brands, several of which are now housed under Lore's division. Shoebuy and Shoes.com are being positioned against Amazon's Zappos, Moosejaw is an outdoor outfitter with a young customer base, and Modcloth is the quirky vintage-inspired apparel brand that could finally help Walmart win over some millennials. Finally, the company bought Bonobos. At $310 million, this is the highest-profile acquisition to date and brings with it another rock star founder in Andy Dunn. Like Lore before him, Dunn is now part of the Walmart team.

We're looking to build a portfolio of brands. We're trying to accelerate growth on the existing site. It's an asset purchase more than ROI.

And it's a team being run in a decidedly different manner than the parent company. The goal is to keep things nimble like a startup, Lore told attendees at Shop.org in September.

"Not a lot has changed in terms of how we're operating — it [still] feels like a startup right now," he said during a morning keynote. "We share a common set of core values and built a foundation of trust early on. In order to run as fast as we're running, the team has to be empowered. You can't do that without trust."

And that trust seems to be soundly placed in Lore. In its most recent quarter, Walmart’s e-commerce sales jumped 60% following an impressive 63% increase in the first quarter of the 2018 fiscal year. The online merchandise assortment has increased nearly six-fold to include more than 67 million SKUs, thanks to growth in the number of online marketplace sellers — another move to compete head-to-head with Amazon.

Not only has Walmart polished its reputation as an innovative company willing to embrace change, it's already seeing results — and in many ways, that's thanks to Lore.

Expect Lore and Walmart to continue an acquisition strategy as they look to grow different categories such as home goods and extend their influence into new demographics. For Lore's team, the long-term strategy is "to build a portfolio of brands."