Will Macy’s off-mall bet pay off?

As the traditional mall declines, a lot is riding on how well the department store can execute its small-format, strip-center strategy. And whether it should.

In a sign that Macy’s may be realizing that its massive, mall-based operation isn’t working so well anymore — if it ever did — the department store last week said that it’s speeding up the development of a fleet of small-format stores located away from traditional enclosed malls.

The company has a mix of banners slated for strip centers, including hyperlocal Market by Macy’s, stand-alone off-price Backstage stores, Bloomie’s and Bloomingdale’s the Outlet; in at least one case, Market by Macy’s and Backstage will share space. Some analysts see this as sensible, given the diminishing returns of the mall-anchor approach.

“It’s positive in that this is the right move for any flagship, to move away from being an anchor store and open up smaller concepts that have a curated product assortment localized with the consumer in mind,” Liza Amlani, principal and co-founder of Retail Strategy Group, said by phone. “So, I'd like to see them actually do that.”

The size (tens of thousands of square feet smaller than its full-line stores), location and merchandising of Market by Macy’s and Backstage stores signal a new approach by Macy’s. In a statement, Chief Stores Officer Marc Mastronardi referred to them as “exciting brand extensions” that reflect a nimble response to changing consumer behavior.

“At Macy’s, we thrive on retail being a dynamic business requiring continuous analysis, reinvention and innovation,” he also said, noting that Market by Macy’s “celebrates discovery and convenience” while Backstage “appeals to the customer who loves the thrill of the hunt for a great value.”

Not everyone is buying all that, starting with the notion that Macy’s thrives on reinvention and innovation, according to Amlani.

“That just is so laughable, because you don't see that,” she said. “The customer doesn't know they're doing that because we don't see it on the shop floor, we don't see it online. I want them to prove me wrong all the time, but they don't. But I'm still hopeful for them.”

Amlani and others see Macy’s track record as a bad sign for its latest endeavor. Its legacy stores exhibit a merchandising muddle that suggests they’re understaffed, creating a disconnect between what their buyers had in mind and what the customer actually experiences, Amlani said.

While they may be wise to open these more compact locations, such issues must be addressed, according to GlobalData Managing Director Neil Saunders, who has called Macy’s merchandising “a shabby, disorganized, unappealing mess, even in malls which are thriving.”

“In addition to opening a tiny handful of smaller stores, Macy’s also needs to address the deficiencies in its existing mall-based shops,” he said by email. “It is about time that this was sorted out. These larger stores remain core assets for Macy’s and it needs to put some love and care into them.”

For Market by Macy’s, the retailer’s buying team is choosing merchandise tailored to the local community. For now, the emphasis is on its private labels, including INC International Concepts, Bar III, And Now This, Oake and Hotel Collection, with products that appeal to consumers under 40, the company said by email.

This is a complex task in the best of times, made more so by the casualization of clothing for work, school and special occasions, according to branding consultant Brian Kelly. The challenge is especially acute in some of the areas targeted by Market by Macy’s, said Kelly, who is familiar with Evergreen Plaza in Evergreen Park, Illinois, where a dual Market by Macy’s-Backstage store will open this fall. The surrounding area is populated with people employed as police, firemen, teachers, nurses and other middle-income occupations who often find it difficult to make ends meet, he said by phone.

“What does fashion mean anymore to these people in this local community?” he said by phone. “And how are they going to be able to make it relevant, especially in some of these lower household income trading areas?”

Still, the small-scale venue could succeed because Macy’s won’t need as much merchandise or staff as it does in its bigger stores, according to Amlani.

“If you have the right people on the shop floor, and you have the right visual merchandising strategy as well as product strategy, which is localized and builds on community and trust, then a smaller format store will work,” she said. “There's no reason it shouldn't.”

Macy’s location shift is a key element of its Polaris turnaround, which was delayed by the pandemic but, according to the retailer, is now working. These stores are being situated in convenient, high-traffic shopping centers in order to achieve one of three possible goals: expanding Macy’s presence in a given market, replacing underperforming full-line stores or entering new markets, the company said by email. They have already brought new customers to the retailer, Macy’s also said.

The tactic takes a page from Kohl’s, which has long positioned its locations away from the mall and in March announced the addition of 100 smaller stores to its own fleet, with similarly hyperlocal merchandising. In fact in many areas, Macy’s will likely be entering markets with a nearby Kohl’s, as well as off-pricers like TJ Maxx, Ross or Burlington, dollar stores, and others. In the case of Evergreen Plaza, Market by Macy’s-plus-Backstage will be taking over a long-empty Carson’s department store, in a shopping center that in April was redesignated as “severely blighted,” a classification that provides tax breaks to an entity willing to help refurbish it.

Some experts question whether these are the right competitors or locations for Macy’s.

“Macy’s has to realize that, as soon as it does this, it's going to put the brand ‘Macy’s’ at risk,” Kelly said, adding that the combination of Market by Macy’s and Backstage in one building is also confusing and therefore tricky. “With my branding hat on, I look at this and see a nightmare because I know all the hard work that goes into building the perception of Macy’s. How much money do you want to spend on fireworks and the parade? How much do you spend to elevate the brand, and then open up stores like this and just take the brand down.”

Beyond that, in the Midwest in particular, the company will be doubling down on geographies where it’s been underperforming for a while, according to Nick Egelanian, president of retail development firm SiteWorks.

“They’ll have competitors in these areas that can buy, price and merchandise hundreds of times better than they can,” he said by phone. “So what is their advantage in doing these stores, other than a knee-jerk reaction that’s coming 30 years too late? Going outside the malls, that cat has already left the bag. If Macy’s is going to survive, they need to make their stores on the coasts — in the higher-end malls where their sales are strongest — relevant in the long term. I don't see any sign that they're doing any of that work, but that's the work that needs to be done.” 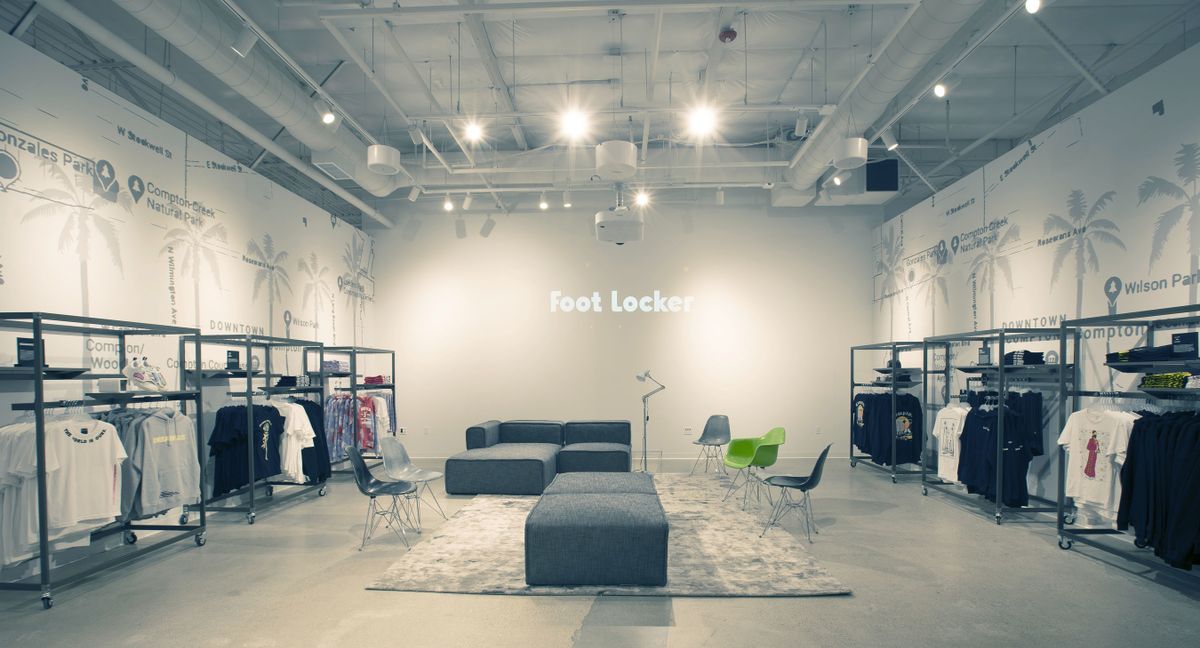 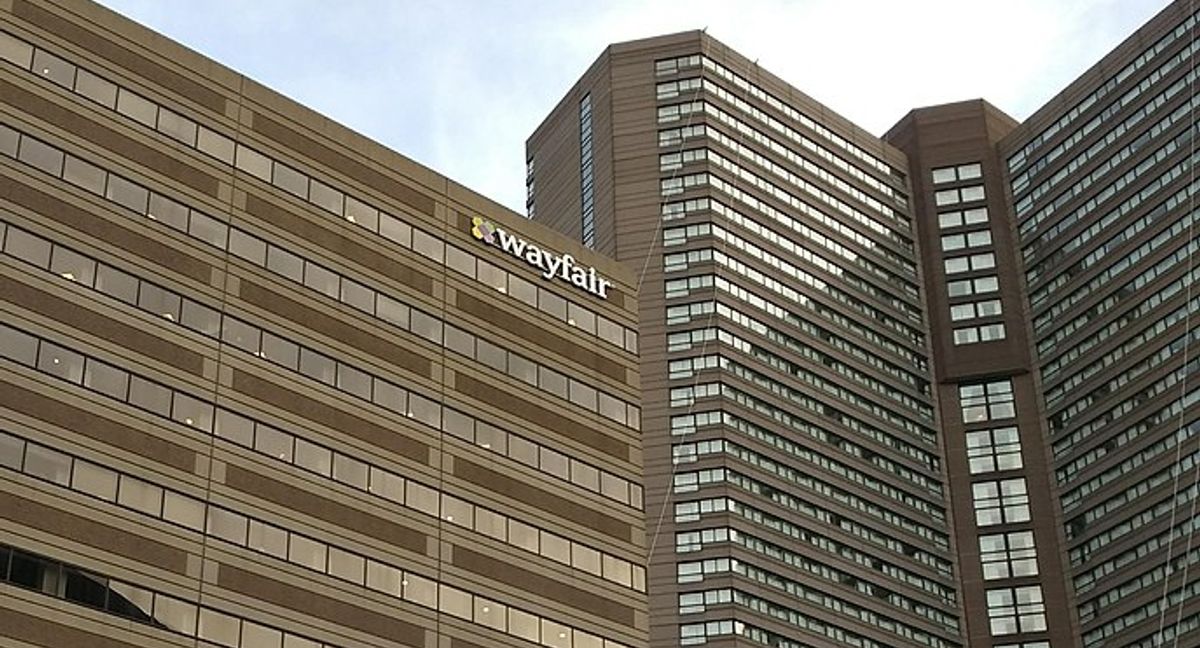 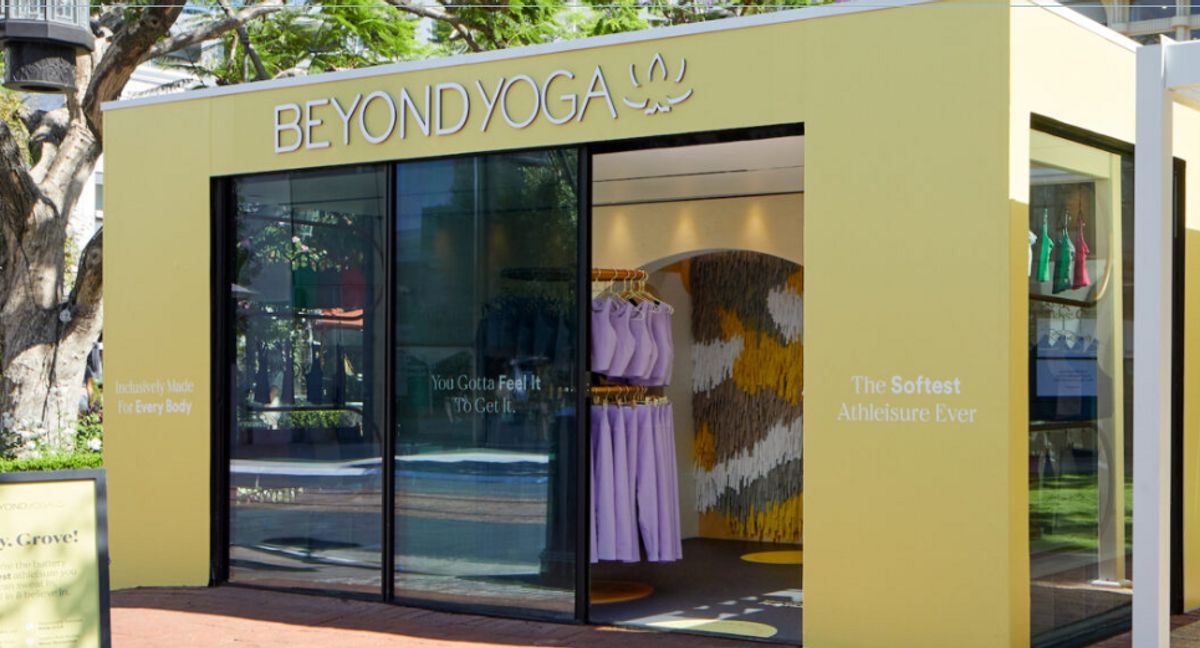 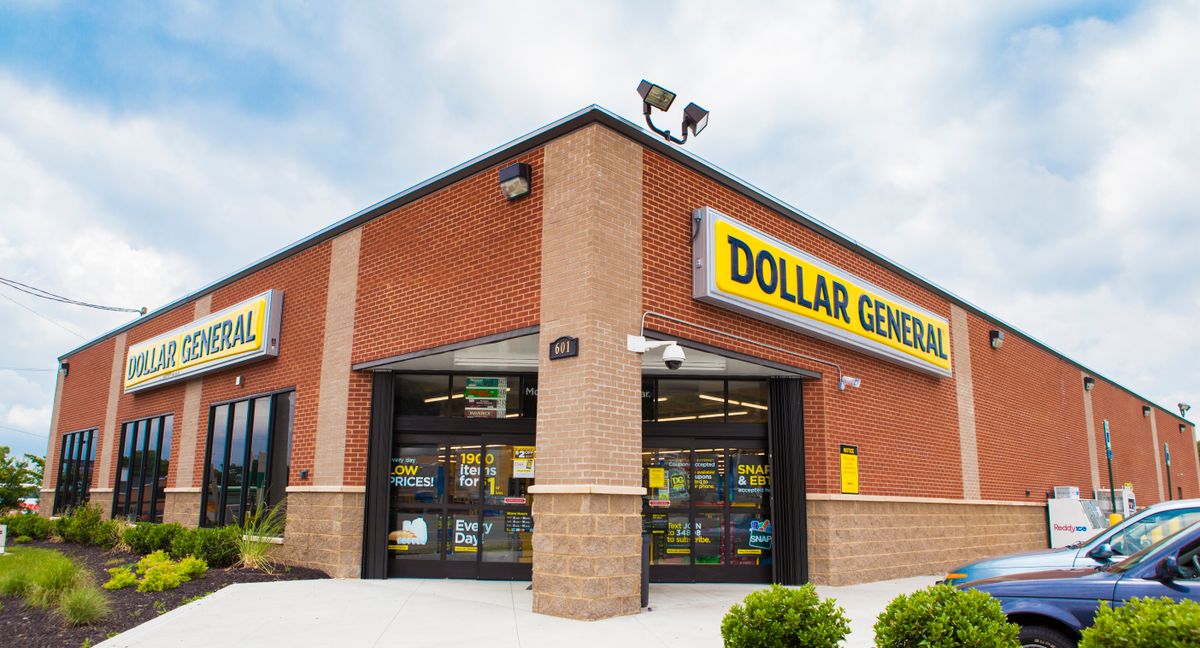 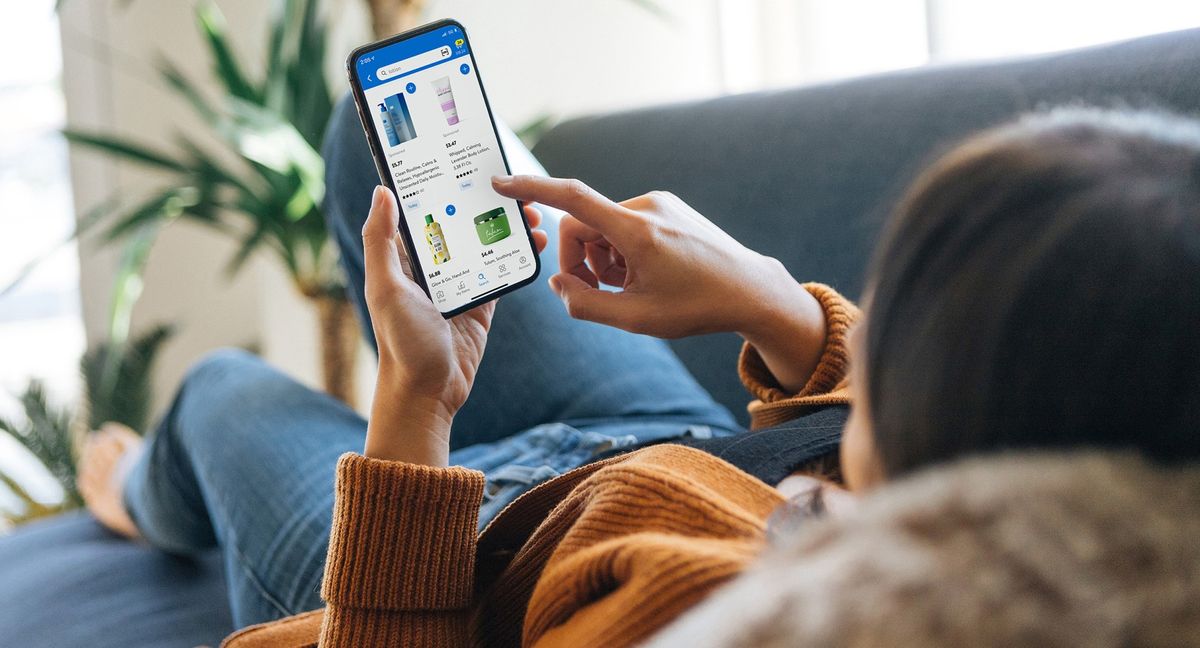 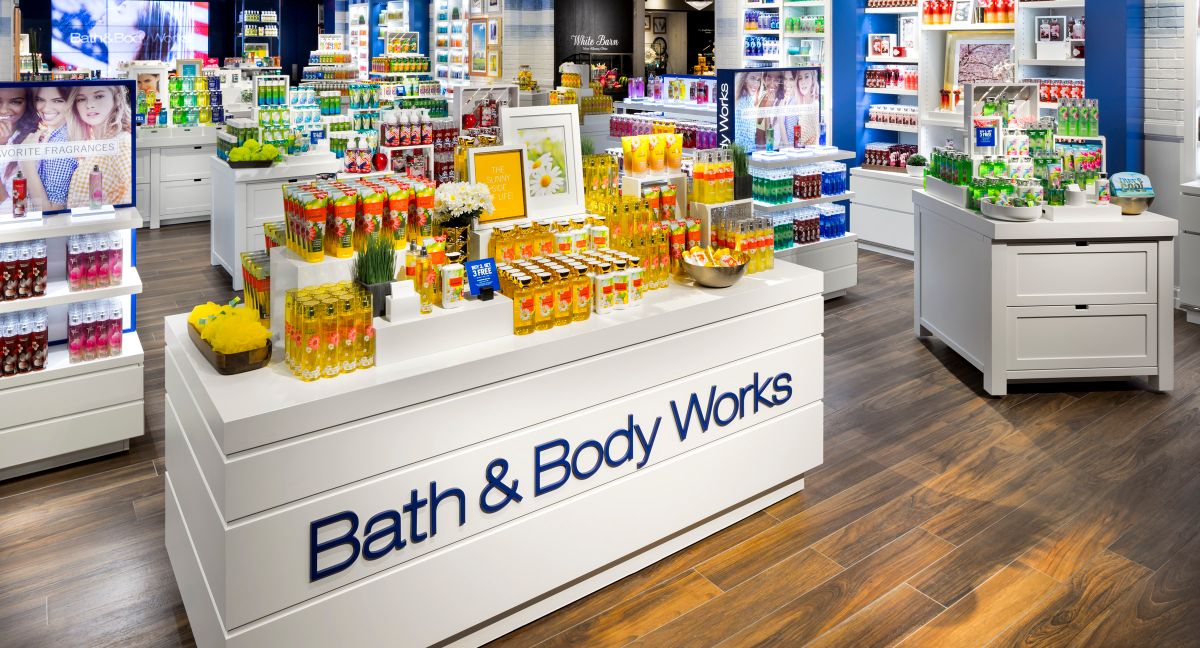