Macy's is reportedly being pushed to spin off its e-commerce business: Should any retailer do that?

Saks already did it, and Wall Street may want everyone to do it. Others are not so sure.

Macy's shares outpaced the stock market much of Wednesday afternoon after an activist investor suggested it split its e-commerce business into a separate company the way Saks Fifth Avenue did earlier this year.

Several news reports described remarks from Scott Ostfeld, partner and co-portfolio manager of Jana Strategic Investments, speaking at the 13D Monitor Active-Passive Investor Summit Wednesday, in which he reportedly said that Macy's stock price could double if it made such a move. Macy's e-commerce operation alone could be worth $14 billion, compared to its current $6.9 billion valuation, Reuters reported Ostfeld as also saying.

Jana Partners is known for its activist investment. The firm declined to comment for this story and didn't immediately respond when asked whether it has a stake in Macy's.

When asked about this, a Macy's spokesperson pointed to what CEO Jeff Gennette told analysts during the company's Q2 earnings call, when he described Macy's as a "comprehensive retail ecosystem" with a "powerful combination" of "physical stores in the best malls and the most productive off-mall locations integrated with a best-in-class e-commerce."

"Our commitment to delivering a dynamic, seamless omnichannel experience across a customer shopping journey has never been stronger, and that journey increasingly begins with research and initial exploration online," he also said, per the email. "We have a fully integrated business with a portfolio of product categories and brands that allow us to meet our customers based on who they are and how they want to engage with us."

As Ostfeld apparently noted during the lunchtime "Activist Lightning Round" panel he participated in Wednesday, Saks Fifth Avenue, with help from private equity, has already taken this path, as has its off-price business and its sibling retailer, Canadian department store Hudson's Bay Co.

The idea isn't entirely without precedent. Years ago, retailers that also sold through catalogs would often run those operations as a separate business, according to Mark Cohen, director of retail studies at Columbia University's Graduate School of Business, who was chairman and chief executive officer of Sears Canada in the early part of this century.

"That made sense back in the day because logistically, financially, operationally, the two businesses were night and day," he said by phone. "The belief was that the customer was separate and distinct. In other words, the Sears Roebuck catalog customer didn't shop in a store, didn't live near a store. So the two shared the name, and major categories of products, but that was it. Of course it never made any sense in the eyes of the customer."

The internet helped make that clear, and Cohen pushed Sears Canada to streamline those operations.

"We did what most people are doing now — we merged the two," he said. "I wanted a customer who looked at a women's blouse, to see something online that she would reasonably be able to see in the store and vice versa. At the same time, same price and in the same way."

The idea of separating such businesses instead appears to have financial rather than operational appeal, according to Forrester Principal Analyst Brendan Witcher. "It makes ZERO sense to me," he said by email.

Cohen agreed, adding that "separating the dot com from brick and mortar is completely stupid, unless you're a financial pirate just looking to cash out. It's the death knell of a business, eventually."

There is indeed a short-term financial gain in separating e-commerce from stores, according to GlobalData Managing Director Neil Saunders, who in a client note Wednesday expressed skepticism that "such frothy multiples — such as the one applied to Saks.com — are justified," adding that "Wall Street tends to be overexuberant and irrational about any firm with .com in its name."

In a separate email, Saunders deemed the idea "utter madness."

"It is born from a desire to play short-term financial games with Macy's and the value of its business rather than of long-term commercial necessity," he said. "In reality, e-commerce and stores are not two separate businesses for Macy's – they are part of a holistic ecosystem which needs to function as one in order to work effectively. Nor do consumers see the two businesses as separate entities — to them Macy's is Macy's whether online, offline or in a parade."

With its current turnaround strategy yet unproven in the face of the decline of the department store model, Macy's is a target for this kind of speculation, observers say. Generally speaking, the notion of shaking Macy's up has some appeal.

"There is certainly a case to be made that Macy's stores are terrible and that they are dragging down the potential of the business," Saunders said. "However, the solution is not to split the business into separate units, the solution is to improve the stores and fix the issues that plague them. E-commerce has an important role to play in this as it drives people to stores for order collection and if stores are used for fulfillment it helps with the productivity of expensive retail space. If the businesses were separate the future for stores would be much, much bleaker and the value of property assets would probably need to be reduced."

Although the company has returned to its Polaris turnaround after the pandemic interrupted its plans and Gennette says it's working, many are skeptical that it entails enough needed change. Columbia's Cohen, for one, has slammed Polaris as a mostly empty project with a fancy name cooked up by consultants.

"They don't have a strategy," he said.

Macy's therefore leaves itself open to suggestions like the one that took Wall Street by storm Wednesday, Saunders said. But doing so would invite complications around brand development, buying, marketing, customer communication, loyalty schemes and other operations, as the two businesses attempt to serve the same customers, who are viewing them as one. The fulfillment and customer acquisition roles of stores would be undermined and/or become more expensive for the online entity, he also said. Further, any solo Macy's-dot-com business would be hard-pressed to differentiate itself against Amazon and other online players, Saunders said.

It's not a move for Macy's — or any retailer — to make, according to Saunders.

"Of course, what separate businesses would allow is for various financial games to be played where one business could charge the other licensing or service fees," he said. "That may be attractive to investors looking to make a quick buck, but it's not how a retailer should be run and it is not a strategy for long-term success." 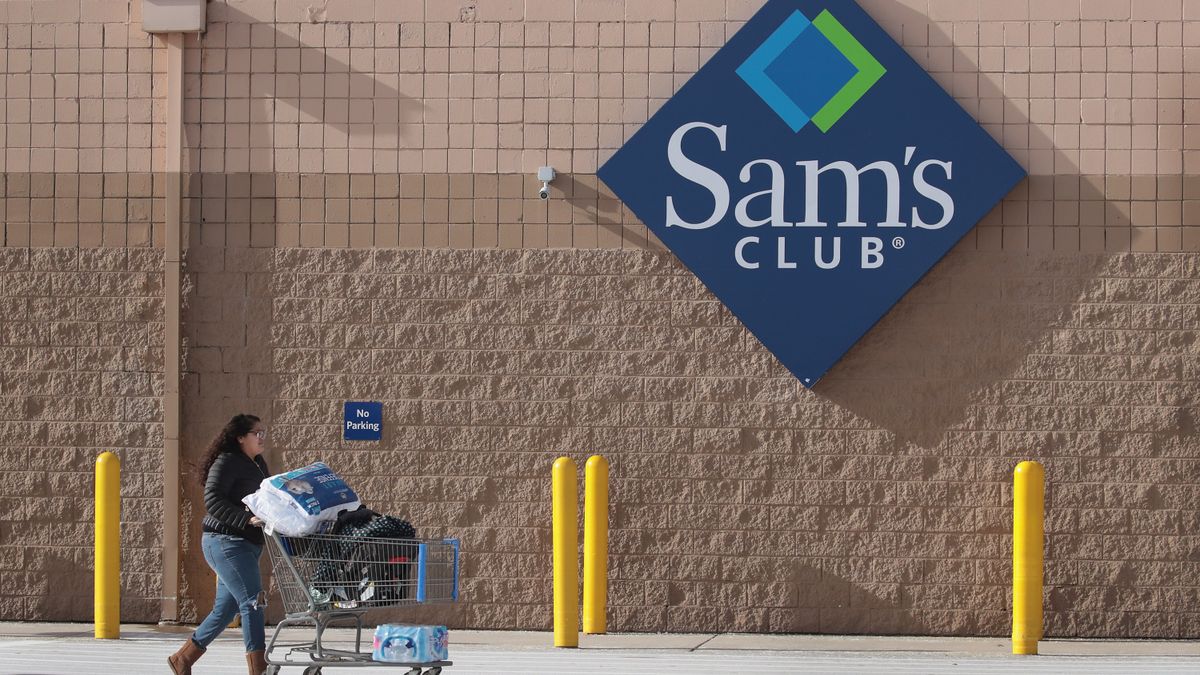 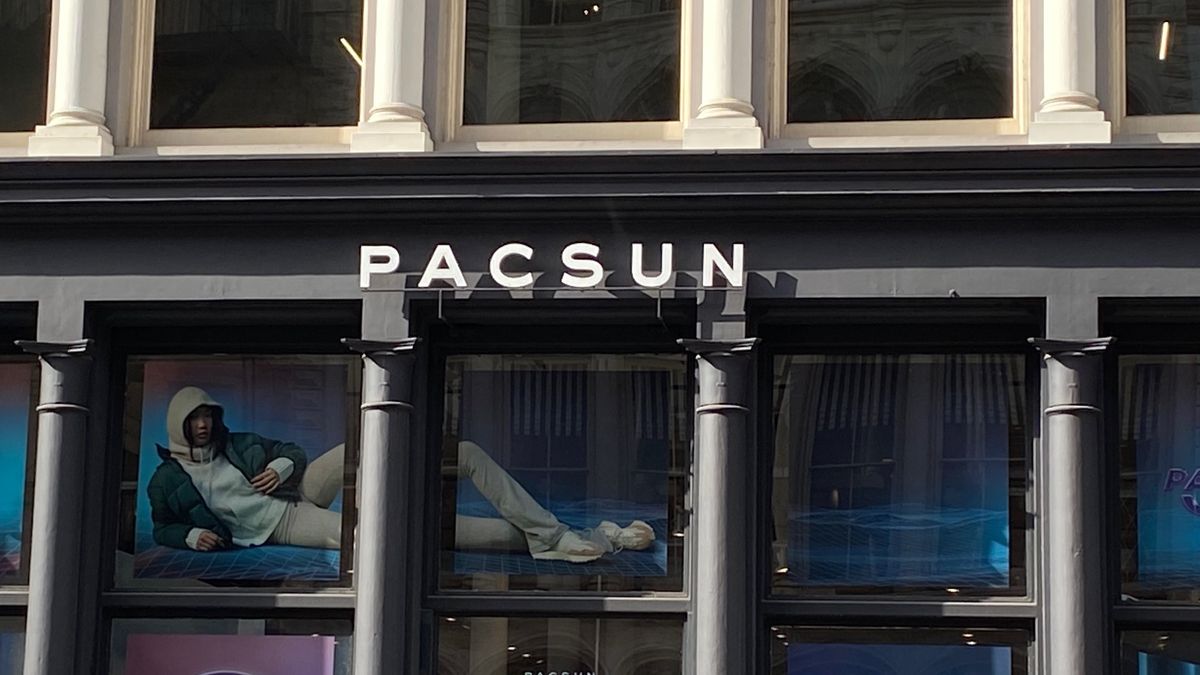