This year, shoppers have dreams of electronics, VR headsets and tech-enabled toys running through their heads. Can retailers deliver on expectations?

It’s that time of year again — shoppers are making their holiday lists and checking them twice.

One in four shoppers have already started their holiday shopping, Nielsen’s VP of Consumer Insights Jordan Rost told Retail Dive. “We’re already in the thick of things," he said. "And it’s going to be a huge year in terms of spending online.”

Like last year’s hoverboards, this season’s hottest product crazes are sure to conjure up visions of a Jetsons- and Star Wars-like future. “We’re going to see some old faces like gift cards and toys,” said Rost. “But we’ll also see technology, electronics and connected products. Across the board, consumers are gravitating toward experiential and connected categories.”

Kantar Retail’s SVP of Strategic Advisory Dave Marcotte told Retail Dive he expects to see a continuation of last season's top sellers — Fitbit, Echo and drones — as well as other tech-centric fads this year. “Amazon products will be sold aggressively," he said. "And newer stuff, like VR enablers, goggles, headsets — that whole space is starting to explode.”

Here are the four hottest product crazes you can expect to see more of this holiday season:

Hands-free voice-controlled wireless speakers — essentially a 21st century personal assistant and smart-home hub rolled into one — are expected to be hot this holiday season, with none other than Amazon leading the charge.

Last year’s nationwide release of Echo, and the debut of the smaller and cheaper Echo Dot earlier this year, position Amazon to be the category’s front-runner, analysts say. Alexa's artificial intelligence technology, the “voice” behind Echo and Dot, is the most popular feature. With Alexa at the helm, the devices can answer questions, play music, control smart devices and help shop on Amazon.

"[V]oice is going to be a big [holiday trend] with the buzz all around Amazon Echo and Dot."

“In terms of holiday trends, voice is going to be a big one with the buzz all around Amazon Echo and Dot,” Ben Arnold, consumer technology industry analyst with The NPD Group, told Retail Dive. Echo retails for $179, while its little cousin Dot, with a 2nd generation release on Oct. 20, makes it a much more affordable holiday gift at $49.

“While the momentum now is around voice, the speaker device, it will be interesting to watch what other devices Amazon will tag onto it,” said Arnold. “We expect to see more announcements of products that have built-in Alexa capabilities. We’re anxiously awaiting Google to enter this space too.”

Google intends to rival Echo with the release of its own “smart speaker” Google Home, but its Nov. 4 release date means it will have to play catch up. The product, priced at $129, is currently available for pre-order.

“Voice-controlled speakers are seen as a Trojan horse to get one of the AIs off the device and into the home,” Jim Crawford, founder and CEO of Red-Lab, a retail experience consultancy, told Retail Dive.

“It starts with music. But the real play is to become the voice conduit between product and home," he said. "The battleground will be which AI service gains the most traction in the home. Will it be an Apple-, Google- or Facebook-centric home?"

It’s the stuff movies are made of, but not anymore. Now, anyone can be dropped right in the middle of the action thanks to virtual reality, and the hardware is poised to become one of the most coveted gifts of the season.

Many of the big guns have released their own version of VR hardware, including Facebook’s Oculus Rift, Sony PlayStation VR, HTC Vive and Samsung Gear. There’s even a low-priced alternative, Google Cardboard, which typically costs less than $25.

All such virtual reality hardware products should do well this holiday, but a lack of compelling VR content could dampen demand, NPD Group's Arnold said. “We’re excited by the number of virtual reality options on the market this year. With so many products, we’ve seen awareness grow," he said. "Depending on budget and sophistication level, everyone can experience VR.”

But questions regarding the marketability of VR remain. True gamers are expected to eat up the technology, but just how much mainstream appeal VR holds is yet to be seen. Hefty price points could be another obstacle.

“VR is one that will be really interesting this year,” Red-Lab's Crawford said. “We’re seeing the market stratify very quickly. You’ve got the extreme top-end of the market with Oculus Rift. At a $700+ price point, the reality is it’s for high-end gamers. It’s a heavy investment.”

But retailers aren't targeting the niche crowd for the holidays, Crawford said, meaning cheaper VR products are likely to do better. “For example, Samsung Gear uses the smartphone as a VR device," he said. "The quality is probably about 80% to 90% as good as what you get with Oculus for 10% of the price. I see the migration of VR heading this way. I think the $100 or so VR products could be hot this year.”

Kantar Retail’s Marcotte said when it comes to VR, you get what you pay for: “For a reasonable price, you’ll get a reasonable VR experience. But if you pay $800, that’s what you get."

Last year, retailers and shoppers couldn’t get enough of Sphero’s BB8, the cute little app-enabled Star Wars droid. Together with other The Force Awakens merchandise, BB8 helped give toy sales a jolt last holiday season and other connected toys are poised to do the same this year.

"It’s the time of year when parents will fork over money to buy expensive gifts."

“Based on what we typically see selling during the holiday season, November/December will be driven by high price points. We’re talking $70, $100 and $300+ toys," NPD’s toy industry analyst Juli Lennett told Retail Dive. "Kids put them at the top of their wish list. And it’s the time of year when parents will fork over money to buy expensive gifts.”

Even the youngest could have electronic and connected toys on their wish list. “Being connected is an attraction in and of itself. Controlling a toy with your phone and using that as your device. We’re seeing more manufacturers take popular play patterns and add an electronic or connected component,” Lennett said.

Even old-school products like Barbie, Hot Wheels and Nerf are coming out with connected toys, she added.

A scan of this season’s top holiday toy lists point to big-box retailers Walmart, Target and Toys-R-Us banking on Spin Master’s Hatchimals and Anki’s Cozmo as the must-have interactive toys of the season.

Hatchimals, akin to another Furby rebirth, recently landed on Amazon's list of new hot releases in Toys and Games and also sold out at some Wal-Mart and Target stores. For around $60, shoppers choose from a variety of eggs with interactive “magical” creatures inside. The catch is they don’t know exactly what’s inside until the egg hatches, which can take from 10 to 40 minutes of active “nurturing” by its owner. Once hatched, the interactive fun begins. Kids can teach their Hatchimal to walk, talk, play games and more.

Cozmo, which hit store shelves on Oct. 16, retails for $180 and has also been a hot new release on Amazon. It is described on maker Anki's website as a “real-life robot like you’ve only seen in the movies, with a one-of-a-kind personality that evolves the more you hang out.” A key feature of this app-controlled robot: The more he’s played with, the more new games and upgrades are unlocked.

Despite their price tags, Lennett said electronic plush toys and robots have tended to do well over the holidays.

"Toy drones will be hot. And they’re a lot cheaper than drones for adults."

High-tech, app-controlled aerial toys, better known as drones, could return with a bang this holiday season. Everyone from entry level to expert pilots will have many brands and features from which to choose.

Retailers that understand consumer uses of drones may find the most success. “Flying of drones is secondary. Now it’s all about the camera functionality," Red-Lab's Crawford said. "An example is tossing a drone out there when you’re snowboarding and getting some really awesome photos or video."

The problem though, is that retailers aren't quite sure how to market the new technology, Crawford said. “Drones have transformed from the hobby section and should now be sitting near snowboards, mountain bikes, etc."

Marcotte’s view of drones is more muted. “This will be the year drones won’t sell. The FAA killed them in a big way. Demand will dry up quickly. The people who’ll be buying them are the ones who already own them and are buying upgrades.”

Earlier this year, the Federal Aviation Administration cracked down on the use of unmanned aircraft. Registration is now required to fly many drones in the U.S., for either hobby or commercial purposes. Still, Lennett believes toy drones will do well again this season. “Toy drones will be hot,” she said. “And they’re a lot cheaper than drones for adults. Most are priced under $150. For example, Nerf has created a cool RC drone for about $200. We see toy drones as performing well.”

It’s beginning to look like a very tech-y holiday

It’s clear this year’s holiday hit list will have a tech-oriented bent to it. “We’re seeing a plethora of products — tech-oriented, digitally enabled smart products — hitting the market all at once. It can be confusing for the customer,” said Red-Lab's Crawford.

A key for retailers this season will be to guide consumers through the shopping process.

“My advice for retailers would be to construct some specific omnichannel experience around these products,” Crawford said. “Start on the website to educate customers about the category and potential product uses. Then translate this education into the physical store experience.”

"In the end it comes down to convenience and reducing friction."

PwC partner Andrea Fishman said it’s all about the shopping experience, convenience and keeping the product in-stock this holiday. “In the end it comes down to convenience and reducing friction,” Fishman told Retail Dive. “Make it easy, connected, and reduce the friction in the shopping process. And place emphasis on knowledgeable sales associates to help find products and explain features.”

Some products may be hot, while others will flop, but Fishman said the retailers that will do best this holiday season are those that can "close the gap" between what consumers expect and what retailers actually deliver. 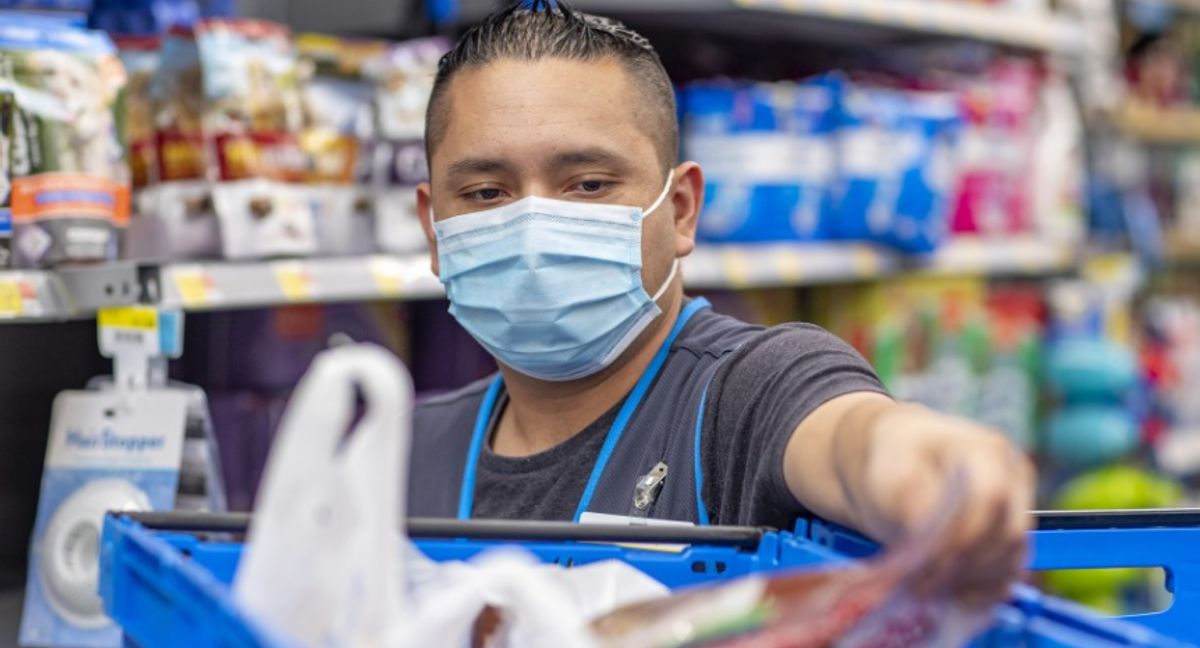 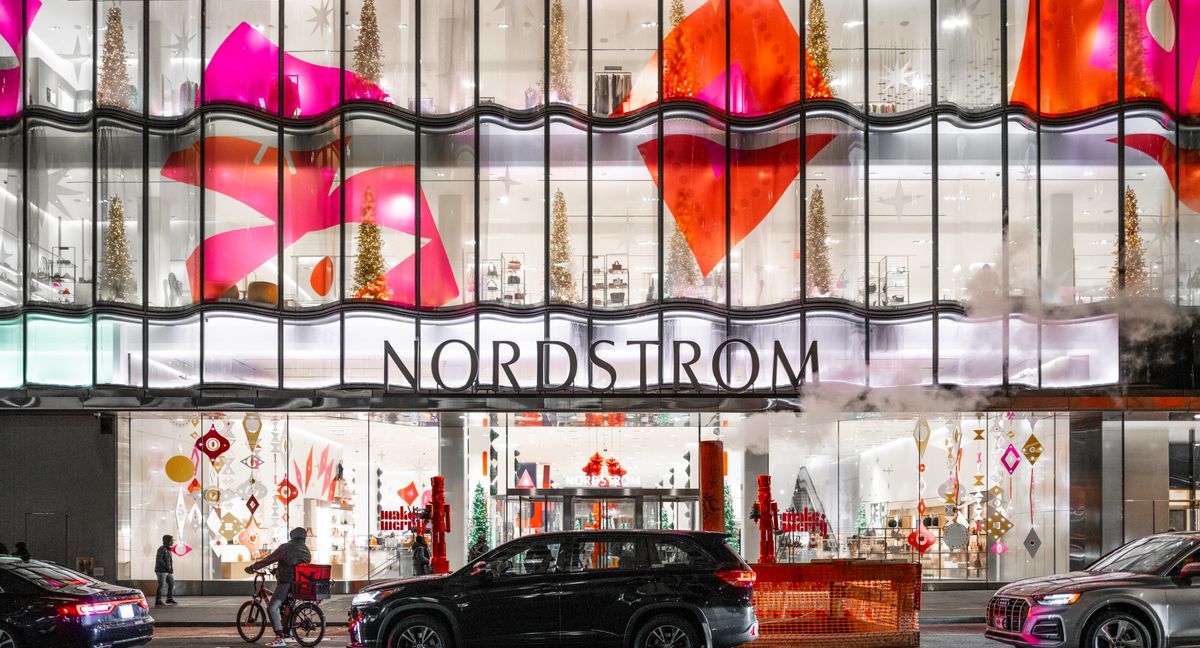 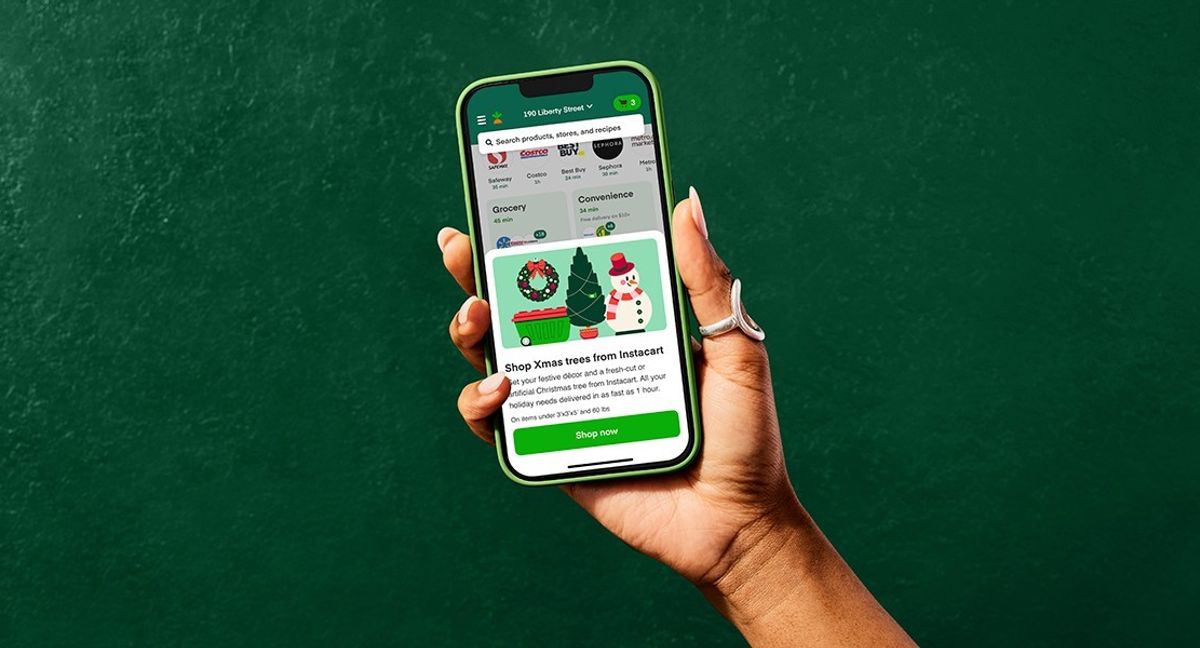