Italian fashion house Gucci rose to the top of L2’s rankings this year, ousting last year’s leader Burberry thanks to upgrades to its ecommerce site and social media visibility. As ecommerce sales grow and consumers increasingly turn to online channels to make purchase decisions, a brand’s digital prowess is only going to become more important.

“All the brands in the top 10 perform well across or at least adequately across the board,” said Ried Niziak, study lead and associate director at L2. “Where Gucci sets itself apart is in retailer visibility and Google search visibility.

“Gucci has unparalleled product visibility across retailers,” he said. “It has the highest first visibility among all the retailers, meaning that its products are more likely than any other brand to appear on the first page of search results when a consumer is browsing on a retailer site.

“It has standout search visibility for both non-branded and branded keywords. While most brands in the study struggle for any visibility on non-branded search terms, for example handbags, an indication of a consumer higher up on the purchase funnel, Gucci is able to obtain significant organic visibility across male leather accessory terms, for example men’s wallet, so much so that our analysis indicates the brand receives three times the amount of organic visibility on non-branded searches each month than second place brand Burberry.

Stacking up
Seven percent of personal luxury goods sales are made via ecommerce today, but online retail will represent 12 percent of the luxury market by 2020, according to projections from the Boston Consulting Group.

About six out of every 10 luxury purchases currently are influenced by digital channels, as social media, a brand’s Web site and mobile feed into buying decisions, whether the transaction is completed online or in-store. While many luxury brands have been avoiding the shift toward digital that many of their mass counterparts have made, BCG warns that the business models of digital laggards will no longer suffice in today’s market (see story).

Kering’s brands within the index fared better than LVMH’s, with a greater portion of its houses clustered at average or above. The company has rolled out innovations across its stable, including using Yoox Net-A-Porter to power its ecommerce sites, whereas there is less cohesion in digital performance among LVMH houses. 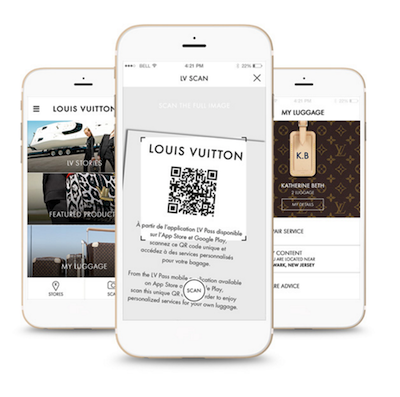 Louis Vuitton’s Pass App; the brand is gifted, while a number of its fellow LVMH houses are ranked lower

A prime example of Kering’s investment in digital is Gucci, which led the list with a genius score. The brand won points for its integration of content into its ecommerce site, such as shoppable looks, as well as its social prowess, including high video views on Facebook.

Burberry was a close second, as the only other genius brand. Ralph Lauren, Michael Kors and Louis Vuitton also made the top 10, which included a majority of affordable luxury brands such as Coach, Tory Burch and Kate Spade.

Dior and Chloé saw the steepest increase in scores with updates to their Web sites, while Oscar de la Renta shifted from average to challenged due to expected features missing on its mobile platforms.

L2 noticed a trend in luxury brands eliminating certain options that were previously available on their ecommerce sites, such as geolocation, or ceasing to update certain touchpoints. The research firm suggests that brands may have decided certain investments were not worthwhile.

One of these areas is mobile applications, with brands such as Dolce & Gabbana and Bally eliminating their iOS apps in favor of mobile Web. 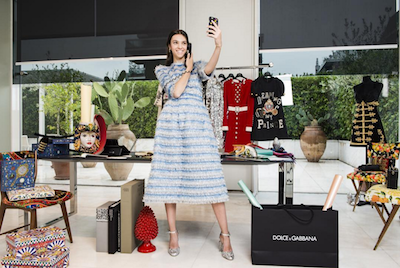 Despite the focus that many brands put on content marketing, a number of labels eliminated their free-standing blogs for integrated editorial features on their ecommerce sites. L2 found that lookbook adoption remains high, while incorporation of user generated content has grown.

With the rollout of Instagram Stories, those who lagged in creating a Snapchat account have found a way to publish content in a similar format on a platform that is already familiar. By September’s fashion month, 55 percent of the tracked brands had posted an Instagram Story, compared to 36 percent that had published a Snapchat Story, showing a much faster adoption rate for the newer introduction.

The see-now, buy-now trend was buzzed about this year, but only 12 of the 85 brands in the index participated. Additionally, only five of these brands made almost all or their entire collection available immediately, with others opting to dip their toe in with only a portion of their runway line up for purchase right after the show. 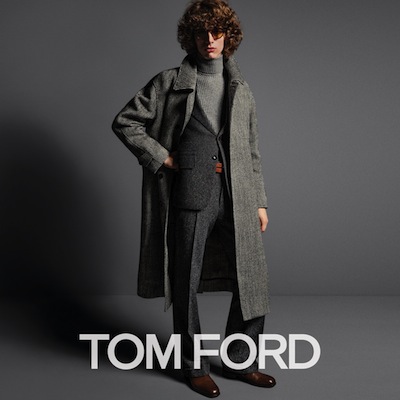 “There really are two trends going on here-many brands, like Moschino and Alexander Wang, have quasi adopted see-now, buy-now, as the brands are only making a small amount of products available for purchase,” Mr. Niziak said. “These brands are trying to use the trend to build further buzz and attention, but are not currently looking to drive a large portion of their sales through the trend.

“However, brands like Burberry and Tom Ford seem a lot more committed to the process and are effectively changing how they sell clothing,” he said. “Both brands have made significant investments in production, logistics and marketing, effectively pushing up their timelines by six months and turning their fashion show into a live catalogue to attract attentions and sales from consumers watching at home.

“I do see this trend continuing, but it may not be feasible for many brands to adopt it due to the investment it takes. Thus, we may only see a small portion of brands adopting it in the next couple of seasons.”

Beyond being a channel for inspiration, branding and selling, social media is also being harnessed as a customer service tool. A number of brands have used Facebook Messenger to field client requests, and 43 percent of brands use Instagram’s contact button.

Amazon avoidance
Despite Amazon’s growing presence in the fashion space, as it is expected to soon be the largest U.S. clothing retailer, only a quarter of L2’s fashion index sell on the ecommerce giant. In comparison, only 8 percent do not have any ecommerce partnerships with other retailers such as Saks Fifth Avenue or Nordstrom. 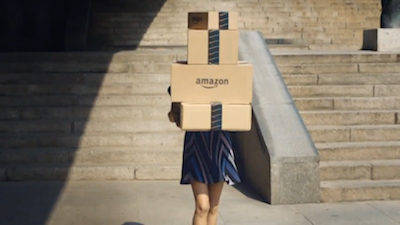 Amazon still has not wooed many luxury brands

LVMH even came out and said that it will not market its products on Amazon.

Even if brands are not selling on Amazon, they are likely to feel increasing pressure to compete with the pure-play retailer’s speedy delivery services. Today, more than 70 percent of brands offer free shipping and returns, and L2 anticipates this will continue to grow.

Another large area of opportunity is omnichannel capabilities. While the number of brands offering find in store options or the ability to start a transaction in one channel and complete it in another have increased slightly over the past year, the majority still do not provide these services.

When it comes to omnichannel retailing, department stores perform better on average than their monobrand peers, according to a recent report by ContactLab and Exane BNP Paribas.

Multibrand retailers as a whole are reaching 50 percent of their full omnichannel potential, higher than the collective mega brands such as Louis Vuitton and Gucci and beating out premium, jewelry and high-end labels. Consumers who shop both in-store and online spend 50 percent more in a year than those who buy in bricks-and-mortar boutiques alone, making it financially smart to create an omnichannel shopping experience for clients (see story).


Get the free newsletter