Why running brands are finally making shoes for women

As the sport rises in popularity, brands are breaking from tradition and investing in running shoes that are actually manufactured for a woman’s foot.

Cara Salpini Senior Editor
This audio is auto-generated. Please let us know if you have feedback.

This year saw a flood of announcements around a concept that seems like it should have existed all along: shoes designed and manufactured based on a woman’s foot. Specifically, running shoes.

“For the most part, it wasn't happening at all before. I think it's been a secret for the industry that brands were selling women's shoes that were made for a man's foot,” Matt Powell, senior industry adviser for sports with the NPD Group, said.

Now, however, some brands are adjusting their strategy, at least when it comes to running footwear. In June, Under Armour launched its first running shoe that was based off of a women’s last (a tool used to shape footwear), the UA Flow Synchronicity. Days later, Puma unveiled its Run XX Nitro running shoe, which is only available in women’s sizes. The brand in 2021 released its first shoes that were based off of a women’s last, according to Erin Longin, the general manager of running and training at Puma.

“It's really forcing everybody out into the open. It's funny — when a brand says ‘we’re now making a women's-lasted shoe’ they're basically admitting that prior to that they weren't doing that. They were actually making women buy men’s shoes,” Powell said. “I think with each one of these, it's exposing other brands that need to step up and so we're really going through a fairly significant revolution in the industry right now.”

Some brands have been at it longer. Adidas created its first running shoe on a women’s last decades ago, in 1978, according to a company spokesperson. A year later, the retailer made its first running shoe specifically for women. Since then, the company has designed other women’s-specific shoes, including the Pureboost X. The Ultraboost 22, released in December, used a women’s last for the first time in the product’s history and will have a dedicated women’s version going forward as well.

As more brands begin catering directly to women, there’s the potential for a shakeup in the running shoe market. Lululemon, for instance — which is now larger by revenue than Under Armour — entered the footwear category in March. Its first offering? A running shoe that was actually designed for a woman’s foot.

The question is whether women even realized brands weren’t designing products based on a woman’s foot — and how they’ll respond when they try a pair that were.

“I'm not sure the consumer fully grasps what's happened here yet either — and whether she thinks it's important or not,” Powell said.

For Puma, the journey to creating running shoes with a women’s last began in 2018, when the company had already decided to relaunch its performance running category. Puma’s Longin recalled seeing research that women had finally overtaken men in total number of race finishers, a “drastic change” from 20 years ago.

“We knew from the start that we wanted to do it differently,” Longin said. “We had the chance to really reset everything we were doing in running, so we made it a mission of ours to consider women from the start of our relaunch.”

That included using a women’s last for all of its running products in 2021, and testing all of its shoes with both men and women. Prior to the Run XX Nitro, however, all of Puma’s running shoes were available in both men’s and women’s sizes. This latest shoe was a chance for Puma to develop something uniquely made for women.

Under Armour had a similar timeline for its Flow Synchronicity. Lisa Collier, the retailer’s chief product officer, said via email that the company began developing performance solutions for women three years ago. When it came to the running shoe, the retailer took longer than its usual product development timeline in order to perfect the fit.

“We know women deserve better than the traditional women’s shoes that use the ‘shrink and pink’ method, taking a men’s-designed shoe and making it smaller to fit the female foot,” Collier said.

So if women deserved better, why wasn’t this done sooner?

Longin believes it’s in part a resources question, since designing shoes uniquely for men and women takes up more time and requires not just research and development, but also testing and other processes before the shoe is complete. The other part is that this is the way brands have always done things.

“When you talk to brands about it, they're always very circumspect,” Powell said.

Figuring out whether a retailer designs shoes using a women’s last is difficult unless the company chooses to tell consumers. Sportswear giant Nike did not directly say whether it uses a women’s last for any of its footwear, but told Retail Dive that it has 20,000 women and girl product testers, and takes “thousands” of scans of women’s feet to help influence fit.

Which raises another question: Why are multiple brands suddenly announcing they now make running shoes with a women’s last?

Longin noted that brands across the board have been watching the uptick in women’s participation in running, and since development time is similar for a lot of major athletic brands, products are now being released almost in unison. She believes that the pandemic also furthered interest in running among women, making now a great time to offer a better running product.

Data from the NPD Group backs that up. Women’s running shoe sales in the U.S. reached $1.6 billion in the 12 months ending May 2022, an 8% increase. Women’s product accounted for 49% of the adult running shoe market, according to NPD, and the women’s side of the business is also growing faster than the men’s. Compared to pre-pandemic, the women’s market has grown 28%, while the men’s market has grown 17%.

“I think Puma is in a unique situation because we were relaunching our entire running category, so we don't really have products in our new line now that aren't thinking of women,” Longin said. “That puts us in a unique position because we were kind of starting over: with running, with technologies, with the entire approach. And we're a large brand to be doing that, but we really felt we needed to scrap everything that we had, come with the latest and greatest technologies, [and] come with a full women's approach from the start.”

It’s also hard to keep a secret in footwear.

“There are really only a handful of companies that are actually making shoes… So once the word gets out that somebody's in development of something, the word gets out to all the other brands very quickly,” Powell said. “And if they think it's a viable idea, or in this case — because they're going to be exposed for not having really made women's-lasted footwear — they’re going to scramble now to try to catch up.”

“If you're making a women's-lasted shoe and a men’s-lasted shoe, you’re now talking about 40-plus sizes of lasts that have to be made,” Powell said. There are several other parts of the shoe that are dependent on the last, including the outsole, which then also have to be made separately. “If you're going to see it happen, it's going to happen in the models where there is really a strong commercial opportunity, where they're selling millions of pairs of shoes. And it's probably less likely to happen in the styles where they're only going to sell hundreds of thousands of pairs of shoes.”

The other reason is that, for some types of shoes, it doesn’t really matter. There’s less of a reason in casual footwear to address the anatomical differences between men’s and women’s feet. But in running, it does matter. Puma’s Longin said that women tend to have wider hips, which impacts the angle of their legs and causes runners to have more pronation and supination — a tendency of feet to lean inward or outward when they hit the ground instead of flat. That influenced Puma’s Run XX Nitro, which was built to be more supportive for that reason.

Under Armour, too, built its UA Flow Synchronicity after studying specifically the heel, arch and midfoot weights, and how those areas differed between men’s and women’s feet. The company took 3D scans and wear-tested the products to help refine the fit, according to Collier.

A woman’s foot also tends to be more triangular in shape, while a man’s foot is more rectangular, which can lead to women’s heels “essentially flopping around inside the shoe,” Powell said.

Normally, that doesn’t matter much, but with performance footwear, “it actually could cause injury,” Powell said.

“I would say really any shoe that's really made for sports performance — a basketball shoe, a soccer boot, softball, baseball shoes, lacrosse footwear — you know, anything where you're really stressing your feet and stressing your knee and your ankle really requires a very precise fit,” Powell said.

At Under Armour, a women’s fit is already underway in some of those additional categories. Collier said the company is currently developing women’s specific cleats, including a women’s football cleat, and has already launched two basketball shoes made specifically for women: The Hovr Breakthru and the Flow Breakthru 2.

Designing shoes for women does not guarantee that women will want them, though. With its Run XX Nitro, Puma had over 200 runners test out its shoe alongside a control shoe for several weeks to see which shoe they preferred. The majority of participants said they did prefer the Run XX Nitro, per Longin.

“That was our way to validate that we were making the right product that we thought was gonna really cater toward women,” Longin said.

“My gut is that the consumer will become more and more aware of this. And frankly, if you buy a shoe that's really made for your foot, it's going to be more comfortable. You're going to feel more secure, you're gonna have less issues with your shoes,” Powell said. “And so that word of mouth — saying, ‘I bought these shoes, and they're really terrific’ and you tell your friends — that could be as powerful as learning that brands weren't really making shoes that were fit for a woman.” 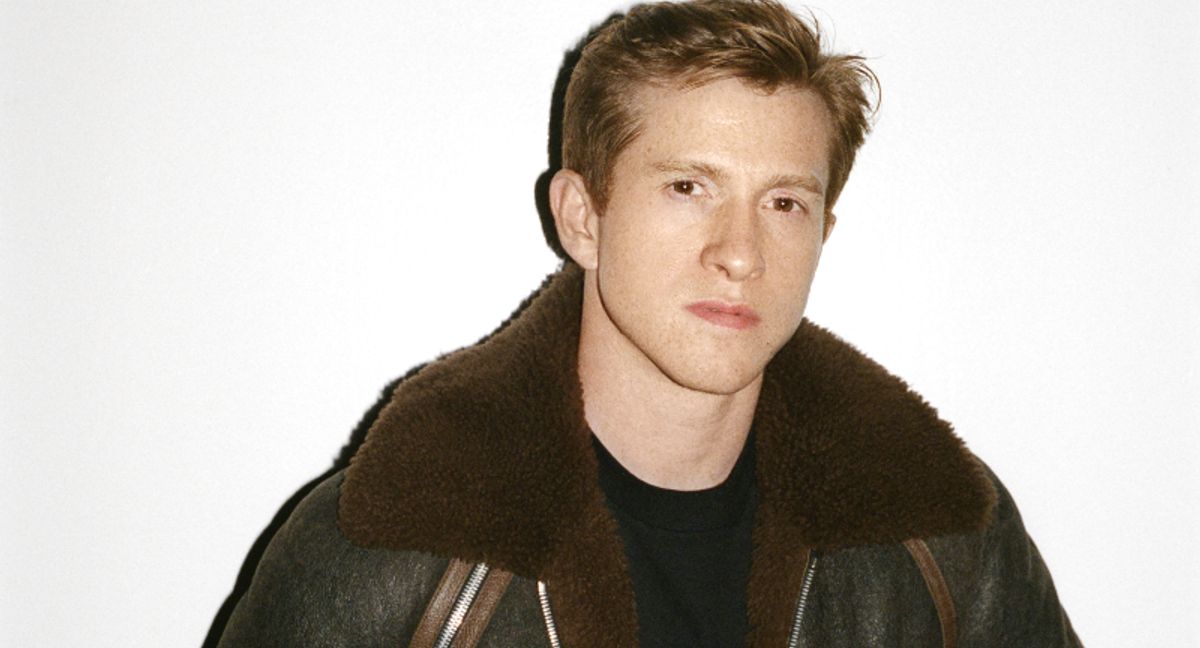