How retailers weathered the holidays in 2021

Some have raised their Q4 guidance after a successful season, while others suffered from supply chain challenges and soft foot traffic.

Retail's second holiday season during a pandemic was different — but no less challenging — than 2020 proved. Supply chain jams, inventory shortages, inflation and COVID-19 all forced maximum flexibility from store and corporate teams. Yet, as in 2020, Americans kept shopping.

The early data points to strong sales growth for the industry. Consumer spending between Nov. 1 and Dec. 24 was up 8.5% over 2020, according to Mastercard's SpendingPulse. Earnest Research estimated that year-over-year spending growth "soared" 12% in November before slowing to 6% growth in December — which is still a significant uptick from last year.

But within those broad figures are many separate stories. Store visits were up from last year but still down nearly 20% from 2019, according to Sensormatic Solutions. Online holiday sales, meanwhile, grew 8.6% from last year, according to Adobe's Digital Economy Index. When looking across the industry, the picture gets even more complex.

For individual retailers, numerous factors determined how they were affected both by global supply chain snarls and the sudden, rapid spread of the COVID-19 omicron variant. By early January, some companies were reporting publicly that the pandemic had strained staffing as well as consumer traffic.

Here is a look at what retailers are saying about their performances during the holidays:

The red-hot growth of the Crocs brand has continued through Q4, despite stressed global supply chains and the outbreak of the omicron variant. For the quarter, the company expects revenue growth of 42%, on top of last year's growth of 56.5%. It estimates operating margin to come in at 28% for the quarter.

"2021 proved to be an exceptional year for the Crocs brand, highlighted by expected 67% revenue growth amidst a challenging global supply chain environment," Crocs CEO Andrew Rees said in a statement.

Rees added that the company is "incredibly confident" it will hit its goal of $5 billion by 2026, and that is before the added revenue from its surprise deal in late December to buy casual footwear brand Heydude for $2.5 billion.

American Eagle Outfitters, after leaning into the success at its Aerie lingerie brand by opening more physical locations, said that it will surpass its 2023 operating income and margin goals two years early – with a 2021 operating income of $600 million.

In light of that, the company released new 2023 targets of $5.8 billion in revenue, 13.5% operating margin and $800 million in operating income, saying that Aerie alone could top $2 billion by then. With "significant and structural improvement in profitability at American Eagle" also in place, that brand is aiming for "modest growth and maintaining healthy profit flow-through," according to a company press release.

The late pandemic period has been kind to apparel retail – and that has given a much-needed lift to struggling businesses like Chico's FAS, which runs women's apparel retailers Chico's and White House Black Market, and lingerie retailer Soma. In the nine weeks ended Jan. 1, the company's total net sales rose about 30% year over year, with comps up 31.5%. Still, Chico's said it expects fourth quarter sales to land at the low end of the $495 million to $510 million range it provided in late November.

"Our team continues to build on the strong momentum in our turnaround strategy and successfully navigate through the uncertain macro environment," CEO Molly Langenstein said in a statement. "We expect to report our first profitable year since fiscal 2018 and the best fourth quarter performance since fiscal 2017."

Global jeweler Pandora handily topped the guidance it released in November, saying in a press release that sales growth for the year reached 23%, compared to its previous expectation for between 18% and 20%. In the fourth quarter, total revenue rose 10% to 9 billion Danish kroner ($1.4 billion at press time), with U.S. revenue up 18% year over year and 42% compared to 2019, to 2.5 billion Danish kroner.

MasterCard's SpendingPulse early in the season found jewelry sales soaring nearly 40%, and Pandora reaped the benefits of the elevated demand. Revenue during the holiday quarter and the full year hit record highs, and the company saw "robust and broad-based growth across most key markets" in the quarter, per the release.

Big Lots tied a disappointing Q4 preview with an announcement of plans for ambitious growth. In the long term, it plans to open more than 500 net new stores and grow its e-commerce channel. In the near term, it is navigating a challenging environment in both supply and demand.

In January, the company said it experienced "softening of traffic and sales trends which it believes, in addition to adverse weather conditions, has been significantly driven by the rapid spread of the Omicron strain of Covid-19 and its impact on consumer behavior." For fiscal January it expects flat to low-single-digit comp growth on a two-year basis, which is lower than the company's prior expectations and prompted it to cut earnings estimates. That comes after a third quarter performance hampered by supply chain and freight costs.

Following a strong start to the holiday season, Lululemon CEO Calvin McDonald said the athleisure seller experienced "increased capacity constraints, more limited staff availability, and reduced operating hours in certain locations" due to the omicron variant. Because of the disruption, the company tempered expectations and told investors that its revenue would come in at the low end of previous guidance.

Credit Suisse analyst Michael Binetti said at the time that Lululemon might have been more sensitive to store sales compared to its peers in the last days of the Christmas shopping season.

Victoria's Secret dumped its angel wings last year but has taken off without them, thanks to updated messaging and disciplined merchandising. The newly independent brand, which until last year was in L Brands' stable along with Bath & Body Works, said it's set to deliver on its Q4 2021 guidance. The company said in November it expects its sales to be flat or rise as much as 3% above 2020's $2.1 billion and for operating income to land between $295 million and $335 million.

The lingerie brand has remained the market leader in the U.S., despite losing share as many consumers shunned its male-pleasing marketing. Investors are likely to be pleased with the progress, and the company's accelerated share repurchase agreement, announced in early January, to buy back $250 million of its common stock, starting with about 4.1 million shares on New Year's Eve.

Urban Outfitters, whose apparel brands include Anthropologie, Free People, Urban Outfitters and its Nuuly apparel rental site, said its total company net sales in the two months ended Dec. 31 rose 14.6% compared to the same period in 2019, with total retail sales up 15%. (The company, which also runs a wholesale business that saw sales fall 18%, said in a press release that the two-year comparison would yield a more meaningful measurement of its performance, given the upheaval of 2020.)

Overall, margins at Urban's best-performing brands last year (Free People and its namesake) won't likely fare as well in 2022, while Anthropologie has an opportunity to expand its margins, according to MKM Partners Managing Director Roxanne Meyer. "URBN benefited from its industry-leading proportion of online sales, which we estimate at over 60% in 4Q and which allowed URBN to deliver in-line results," she said in emailed comments. "Looking at 2022, there are many moving parts to margins, with higher labor rates and transportation costs to weigh on [the first half of the year], with tailwinds in [the second half]." 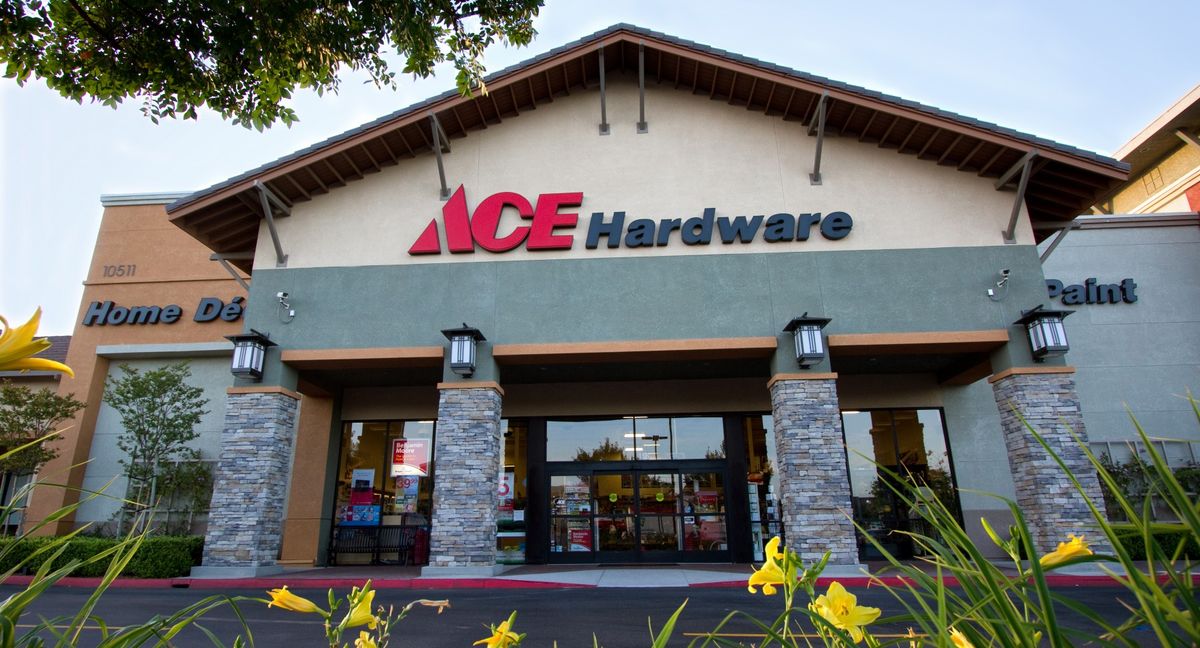 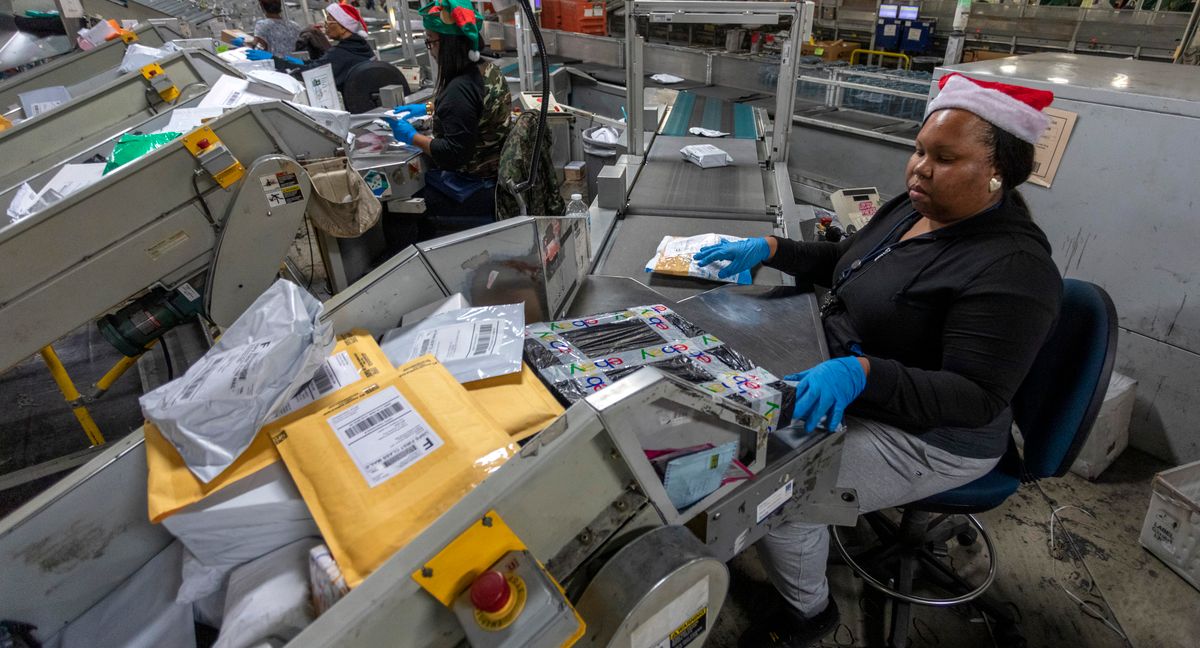 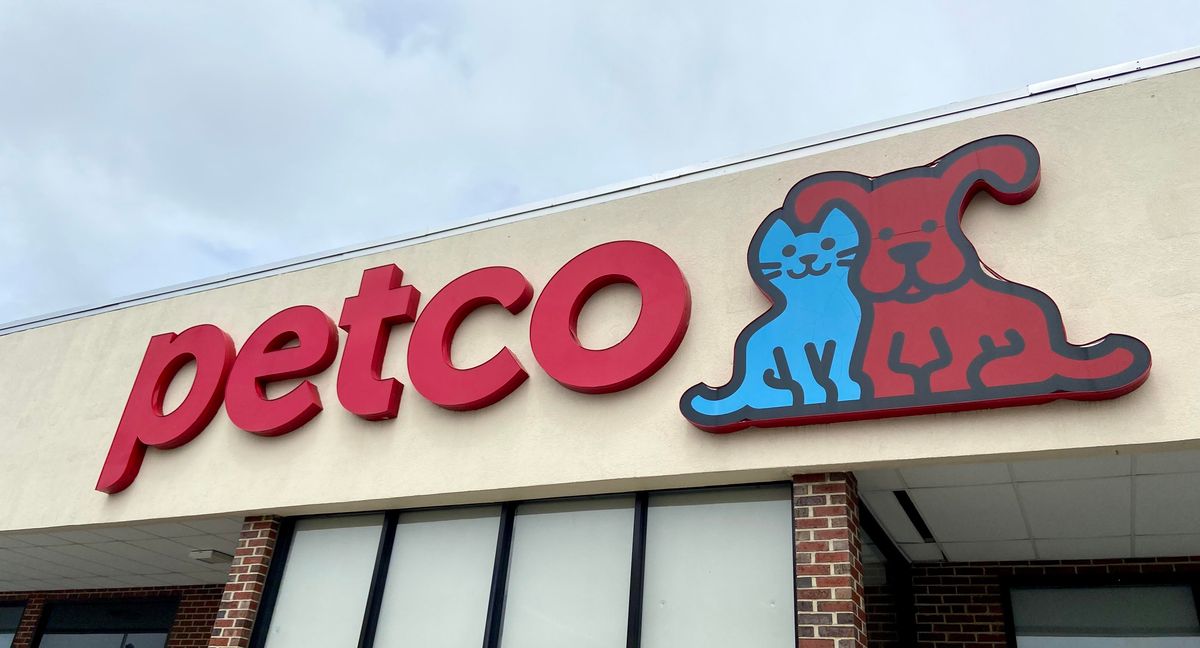