Crisis Management: The 3-year strategy that paid off for Brooks this year

Chief Operating Officer Dan Sheridan discusses how the brand's multichannel initiative kept the company alive, and thriving, during the pandemic.

Through a mixture of planning and luck, Brooks Running had a better year than many. The performance-focused running brand operates in a category that's been enjoying tailwinds as consumers find themselves with renewed interest in a sport that requires little else but a pair of shoes and some space.

The running category has been a relative bright spot in the retail industry this year, fueled by consumers having more time and a growth in interest given the risks posed by indoor gyms. Looking ahead, sports retailers could benefit from continued consumer interest in health and wellness in order to avoid illness, Matt Powell, vice president and senior industry advisor of sports for the NPD Group said in a Dec. 16 report.

"In footwear, we can expect performance running, hiking and, to a lesser extent, trail running to outperform the overall market. Brands and retailers that offer credible, moderately priced products and keep beginners in mind can win here," Powell wrote in the report, which was emailed to Retail Dive. "I also think we will see performance running return to fashion. Consumers will want to look as though they are staying fit, regardless of whether or not they are."

Brooks has felt that lift.

The brand sells through both large and local partners, as well as its own website and partners' websites. While digital sales were 35% of the company's total before the pandemic, that jumped to 80% when widespread lockdowns were in effect, Chief Operating Officer Dan Sheridan said.

It hasn't stayed that high, but while digital demand was surging the brand was able to flex up its direct-to-consumer channels and flex them down again once traffic began filtering back into stores, thanks to a multichannel digital strategy that was in the works long before the pandemic.

"That came from years — three years of building that strategy — and making sure that no matter what disruption we would have to our demand or our retailers, we were able to meet the demand and fulfill it," Sheridan said. "And so we were able to do that through the early months of the pandemic and now we're back to where we're truly an omnichannel brand. I think there's a lot of brands that are just focused on direct to consumer — we're really focused on making sure that we have a multichannel strategy for this brand."

Sheridan had one main question in the early months of the pandemic: Were people even running?

The brand's Run-Sight Team, responsible for consumer insights, conducted surveys to ask consumers if they were running and why, and also went out to local parks and trails to literally count how many people were running week over week. Those readings impacted how much inventory the brand ordered, and the company upped its sales and operation planning process to daily instead of weekly to keep a tight hand on inventory, Sheridan said.

It was gathering those insights, and keeping a pulse on how Brooks' retail partners were faring, that were top of mind for Sheridan, after getting a handle on all of the employee challenges COVID brought with it. That meant being prepared to roll out services like same-day shipping, buy online and pick up in-store, or reserve online and pick up in-store when its partner retailers reopened.

Selling through retail partners is only useful if those companies are successful, so Brooks had a vested interest in working with retailers in the early months of the pandemic to support them, Sheridan said, and begin sending inventory again when it was time.

"As stores opened up, with this boom in runners, more people were coming to local shops. We believe running is just a local phenomenon and so the specialty run stores were capturing this new demand," Sheridan said. "We were able to flex up and flex down on our supply chain to be able to get them the inventory they needed."

So far, it's working. In Q3, the brand saw a 49% increase in sales year over year, and market share gains "across channels." For the year, Brooks is expecting 27% growth on the backs of 1.6 million new customers the brand acquired through October. It's an enviable position during one of the most challenging events retailers have dealt with in recent memory.

Sheridan noted that taking readings from both consumers and retailers allowed the company to get a gauge for demand and purchase inventory with "great confidence" in Q3 and into Q4. "We're seeing a really nice fourth quarter as well," Sheridan said.

Unlike others in the industry that suffered from various supply chain issues as warehouses shut down in certain countries or retailers canceled orders, Sheridan said Brooks had "minimal disruption" throughout. The company is most worried about mail carriers like UPS and FedEx at the moment, which are facing "demand shock" as more consumers order online for the holidays and into the spring.

"Just getting product to people is going to be a continual challenge, not only for us, but many brands."

Already some carriers have put restrictions on certain retailers to meet demand and at the start of the season announced mid-December deadlines for consumers hoping to get packages to friends or family by Christmas.

"Just getting product to people is going to be a continual challenge, not only for us, but many brands," Sheridan said. Other than that, though, Brooks' main focus is being able to meet the surge in demand for its products. "We did not plan a third quarter of 49% so we're just managing demand signals and making sure that the capacity that is needed to meet this demand is in a place that's acceptable."

The pandemic has proven to be a good mechanism for finding flaws, though. Brooks has maintained a strong handle on inventory, and has been lucky enough to play in a category that's seen a boost, but the brand has also identified areas where it can improve.

"I think COVID taught us a lot — one of the things it taught us was that we had to catch up in terms of virtual fit," Sheridan said. The retailers Brooks sells through have found creative ways to fit runners virtually, through Zoom or FaceTime, Sheridan said, and Brooks has options on its own site to help customers find the right product.

A shoe finder and a bra finder ask customers specific questions and provide them with a recommendation — and the tools have provided solid conversion rates, according to Sheridan — but the pandemic has put a fire under the company.

The arrival of cold weather would generally spell bad news for some outdoor sports, but the pandemic could push customers to continue craving socially distanced exercise, including outside fitness activities like running, the NPD Group's Powell wrote.

So far, that seems to be panning out for Brooks. In response to the sun setting earlier and many runners having to get in miles while it's dark, Brooks has seen an acceleration in its high-visibility running gear. Sheridan said it's mostly anecdotal at this point, but high-visibility apparel and outerwear have seen a boost, he thinks because runners want to stay outside.

The brand's popular Ghost and Adrenaline GTS shoes had a good year, and certain styles on the trail side of its business saw success too. With new runners entering the sport, performance brands need to make sure they have offerings for entry-level participants and not just experts, according to Powell.

"These participants are new to these activities; they are not the elites that the industry typically caters to. Instead, these are entry-level participants who do not need (and are not well-versed in) pinnacle products," Powell said in the report. "If we oversell these new participants, they may be more inclined to abandon the activity. Matching the new entrant to the correct product is key to building a lifelong consumer."

For his part, Sheridan thinks the new customers are sticky, and will purchase in other categories, as is happening with the high-visibility gear. Apparel more broadly is also a place Brooks is looking to grow in the future.

"We have such an opportunity to grow this brand in our apparel category. New runners are coming to this sport that need equipment besides footwear and so we believe we have just a great extension of our brand and our apparel through jackets, through our shorts and through our run bras," Sheridan said. "Run bras are an equipment purchase just like footwear for runners and so those are areas where we're seeing really nice growth, and we think we'll continue to grow."

Accelerating expansion in the European market through key countries like Germany, France, Italy and Spain is also on the brand's radar. Growth in the U.K. has been "incredible" throughout the pandemic, according to Sheridan, which has highlighted additional opportunities to make Brooks a more global brand.

Through it all, though, the retailer will be relying on the strategy that saved it during the pandemic.

"We know that we cannot control where a runner shops — we just know that as a brand," Sheridan said, noting executives are focused on meeting the shopper where they are. "As we build this strategy out, we can simply ask the question: Is this good for the runner? And we believe that if it's good for the runner, it's going to be good for our multichannel partners and retail partners. And then when you have a crisis like we did, if the runner comes back and wants to shop or research, we're in a great place because we've got this multichannel strategy." 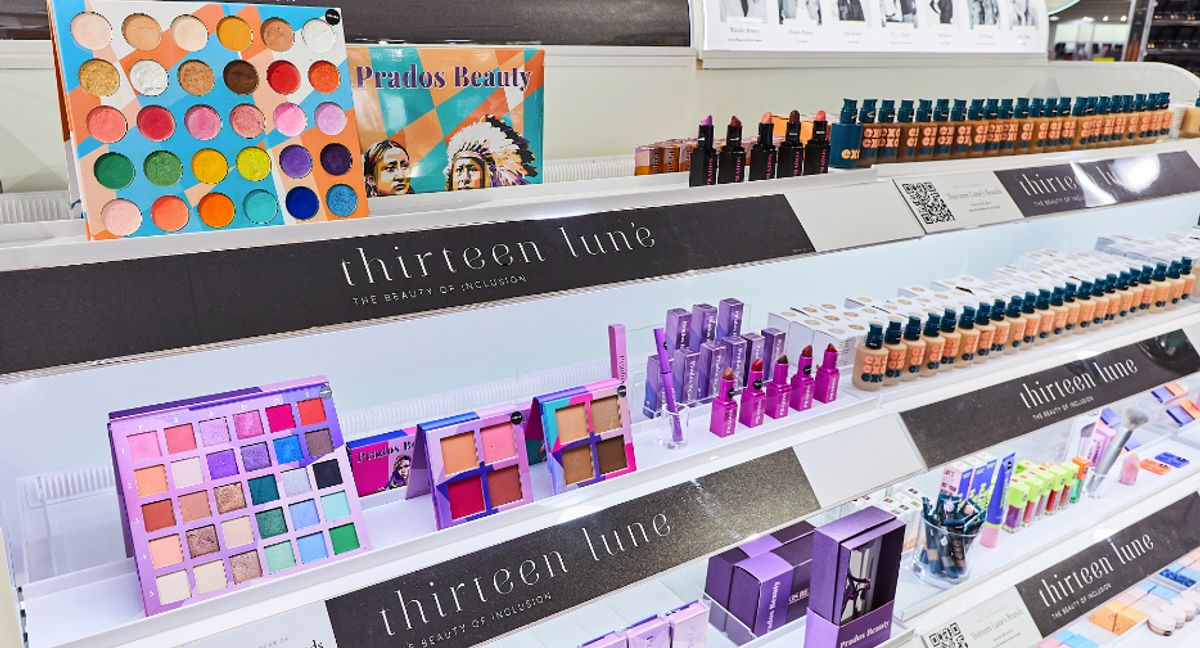