The e-commerce giant is feeling the pressure not only from its own sellers and politicians of all stripes, but from shoppers as well.

As Amazon has assiduously moved its retail activity onto its Marketplace, it has touted its value to customers and small businesses while enforcing rules that maximize its control over sellers and the money it makes from them. Amazon is poised to grab half the e-commerce in the U.S., so its Marketplace, which since 2017 has accounted for more than half of the goods sold there, is conducting most of those sales.

That's accelerating recently, according to the company itself and outside research. Despite its own push into private label clothing, for example, the e-retailer relies on its sellers for much of its apparel business. In dealings with third-party sellers, the e-commerce giant collects fees for its fulfillment and warehousing, while sellers do the merchandising and take on inventory risk.

From its inception, the e-commerce giant has predicated its appeal to shoppers on its vast selection, great convenience (especially to its Prime members, who enjoy free two-day shipping on many items, including those sold by third-party sellers) and low prices. But the company has abandoned a key proviso — that sellers mustn't sell anything more cheaply anywhere else, including on their own websites — after objections by, among others, Sen. Richard Blumenthal (D-Connecticut) based on anti-competitive concerns.

In Dec. 19 letters to the Department of Justice and the Federal Trade Commission, Blumenthal wrote that he is "deeply concerned that the price parity provisions in Amazon's contracts with third-party sellers could stifle market competition and artificially inflate prices on consumer goods that millions of Americans are planning to buy this holiday season" and urged the agencies to "act quickly to protect American shoppers by opening an investigation into these price parity clauses," noting that European antitrust officials took such action against the practice five years ago.

Since then, as first reported by Reuters this week, Amazon has ceased requiring Marketplace sellers to offer their cheapest prices on Amazon. The retailer confirmed the change to Retail Dive in an email on Tuesday.

Sellers applauded the change, and consumers should, too. (Blumenthal's office didn't immediately return Retail Dive's request for comment on whether the change satisfies the senator's concerns.)

"With Amazon lifting this pricing restriction, the greater e-commerce landscape will be much more dynamic," Dani Nadel, president and COO of marketplace commerce platform Feedvisor, which works with several Amazon sellers, told Retail Dive in an email. "Now, brands and sellers have more freedom to diversify their pricing strategy across their various e-commerce channels. While this makes for a more complicated selling model, it in turns creates a significantly more competitive space with pricing that is more appealing to consumers."

Except for huge price differences or prices on big-ticket items, consumers may not react that strongly, or even notice, however, according to Keith Anderson, vice president of strategy and insights at Profitero. Furthermore, he said, it's not an unknown practice in the industry. "It's not that uncommon among retailers in the brick and mortar world to say: 'You can't sell a product that you sell to us at a lower price elsewhere,' especially in places like a closeout or liquidation channel that's limited or constrained," he said in an interview with Retail Dive. "It's a way to reach the price-sensitive shopper without everyone getting that price."

While sellers may be rejoicing, Amazon isn't necessarily losing here, either, according to Anderson. As Amazon whittles away its own first-party retail sales, it can maintain its endless aisle by getting sellers to expand their Amazon-based selection, and allowing them more control over their prices could be an incentive, he said.

Amazon has cast a shadow over the retail world for two decades now, forcing legacy players to rethink how they market to customers, including opening online channels, making inventory more transparent and overhauling fulfillment, among other substantial and costly moves. So Amazon's capitulation on its Marketplace pricing policy could be a sign that the e-commerce giant is more defensive than it has ever been.

For one thing, Blumenthal and the European Union aren't the only ones on its case. Elizabeth Warren, the Democratic senator from Massachusetts who is a consumer firebrand and presidential candidate, last week called for the breakup of Facebook, Google and Amazon to protect American capitalism. "Today's big tech companies have too much power — too much power over our economy, our society, and our democracy," she wrote in a Medium post on Friday. "They've bulldozed competition, used our private information for profit, and tilted the playing field against everyone else. And in the process, they have hurt small businesses and stifled innovation."

On the other end of the political spectrum, the e-commerce giant and its founder are frequent targets for President Donald Trump, specifically around issues of taxes and the postal system.

In fact, Costco, which until recently has treated e-commerce as an afterthought, this year overtook Amazon as Americans' preferred online retailer, according to a report by the American Customer Satisfaction Index.

"Then there are all those newer models," Anderson said, noting Walmart's acquisition of several digital natives and Instagram's shoppability. "I bought five products over the last few weeks that were advertised to me on Instagram. The Apple Pay integration on the iPhone is the best e-commerce experience I've had maybe outside of Amazon. This is a really interesting way to drive discovery and make it pretty frictionless to transact — and it's just one example." 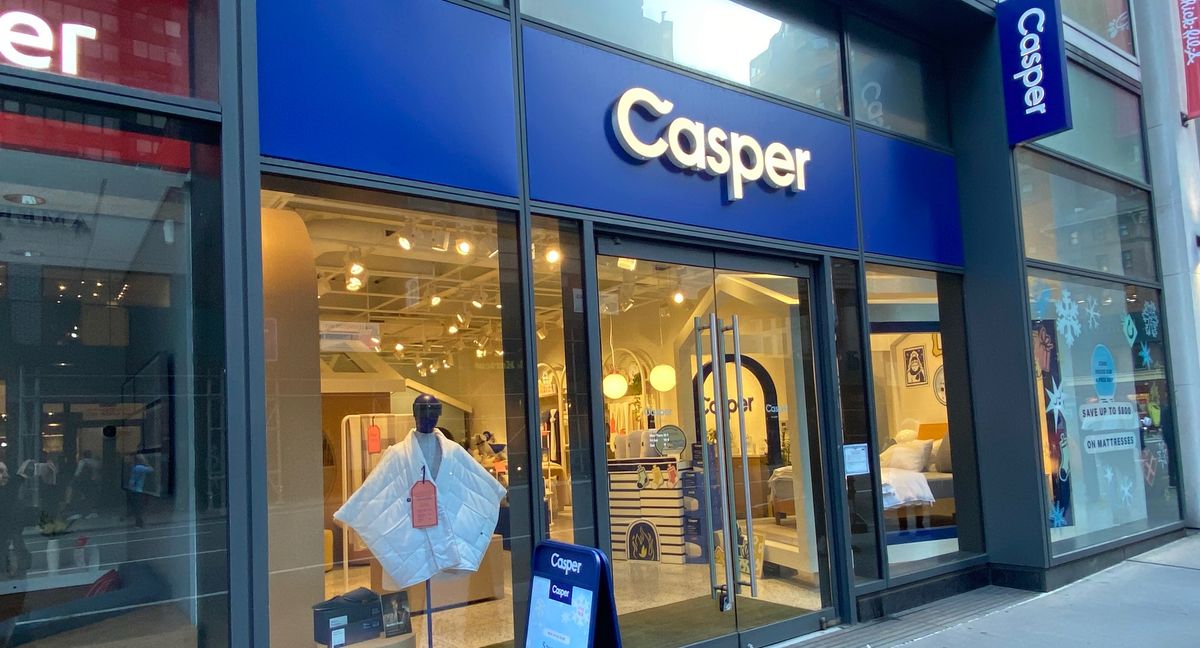