While brands are quick to work with retailers such as Bergdorf Goodman, Saks Fifth Avenue and Nordstrom, many are sure to stay far away from Amazon with only 25 percent distributing on the online marketplace, according to L2.

In a new report from L2, brands are not showing a softening to the ecommerce giant. Many brands, such as French conglomerate LVMH, are vowing never to work with Amazon, a competitor that is severely disrupting the luxury and fashion industry.

Digital drivers
L2’s Digital IQ Index shows that many brands such as Burberry, Gucci and Fendi are bringing an ecommerce strategy in-house by building their own and exuding more control than it would be to use a third-party seller. Yoox Net-A-Porter Group is working to beef up its capability to better attract these luxury brands to continue being the main ecommerce avenue for luxury manufacturers. 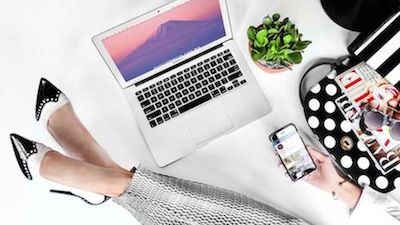 Net-A-Porter proved to make up a quarter of the brands mentioned within the index as their ecommerce seller. The ecommerce site is partnering with IBM to better its technological capabilities.

Luxury sales on ecommerce platforms now procure 7 percent of the market and $19 billion in revenue. Ecommerce is likely to drive 66 percent of the luxury goods sector growth over the next five years.

However, if digital influence on purchases are considers, instead of just actual ecommerce sales, 60 percent of luxury goods are affected by digital.

This year, Gucci proved to be the index leader with the best sales growth its had since 2012 last quarter and stock levels not seen prior to 2001. The growth may be attributed to its ability to integrate its core brand values and image into its online presence, complete with effective digital customer service and positive visibility on search engines and retailers.

Gucci was also named Luxury Daily’s 2016 Luxury Marketer of the Year for its revamped advertising image under the creative direction of Alessandro Michele.

The Italian fashion house won over first runner’s-up Chanel and second runner’s-up Burberry. All three brands were able to adapt and connect with a new generation of consumers while not losing focus on their luxury positioning (see more).

Per L2’s report, Burberry is seen as a leader in ecommerce with its success and capabilities spanning across all channels. The brand is one of few that have integrated multiple return and fulfillment capabilities via bricks-and-mortar and online.

Social media is a main driver for Burberry’s success as well, with most views on YouTube videos seeing an average of 250,000. The index’s average is about 100 views per video.

Fashion players
The fashion house also has one of the top five mobile Web sites and strong performing display ads that do not hinder the reader experience on outside sites. However, the mobile site performance is dragged down by its poor load times.

Coach, Ralph Lauren, Tory Burch and Kate Spade were among the top ten performers within L2’s index, including Burberry and Gucci.

U.S. fashion label Ralph Lauren recently released its financial results for the second quarter of fiscal 2017, and will maintain its outlook for the remainder of the year.

Ralph Lauren recently set into motion its “Way Forward” plan to rejuvenate the brand and its profits in an ever-changing industry landscape. For the second quarter of fiscal 2017, Ralph Lauren’s net revenues were consistent with its Way Forward plan, posting $1.8 billion (see more).


Get the free newsletter