This Amazon Fresh store is only blocks from a Whole Foods. Why?

The two grocery properties are in the same Washington, D.C., neighborhood. But, the stores are on such different trajectories it may not matter.

On a July day in Washington, D.C., the latest Amazon Fresh store opened. The checkout-free grocery concept allows customers to enter through a QR code tied to their Amazon app, place items in bags while shopping and walk out of the store, with items charged to their accounts. The D.C. location also processes Amazon returns and has lockers where orders can be retrieved.

A second Amazon grocery property is close by. A Whole Foods Market sits only 0.3 miles away from the new Fresh store, only about a six-minute walk between the two locations.

Amazon is seemingly making moves to take over a larger portion of the grocery market. But, why are there two different company properties in the same neighborhood? Can the two survive, or will it cannibalize its own audience? Also, can the sister stores thrive as they face unique sets of challenges as Amazon races to capture larger portions of the grocery industry?

The Amazon Fresh concept, which launched less than a year ago in California, is the e-commerce giant's high-tech answer to a streamlined shopping experience. It positions itself as having consistently low prices as it competes in the conventional grocery space.

This is different from its Whole Foods offering, which Amazon purchased in 2017 for $13.7 billion. That arm is focused on natural and organic foods and tends to have a higher price point than its sister company.

"Whole Foods is a small, small segment of the overall grocery [market]," said Brian Yarbrough, senior analyst of equity research at Edward Jones. Amazon bought Whole Foods, Yarbrough said, "to try and get a better understanding of the grocery industry, the distribution and how it all works."

Amazon Fresh, on the other hand, "is going after more mainstream grocery, which is a lot bigger market than just organics," he said.

That means, as with the two Amazon properties in Washington, D.C, the stores can be close together because the audiences — although there is some overlap — are different. "You can put Whole Foods next door to Amazon Fresh because it's most likely two different customers," Yarbrough said.

Recent data supports that theory. "Whole Foods operates in the higher-end grocery category, and Amazon Fresh looks to be complementing, rather than competing with, Whole Foods," Ethan Chernofsky, vice president of marketing at Placer.ai, wrote in a report earlier this month. Those findings indicated that only 13.6% of visitors who went to an Amazon Fresh location also visited a Whole Foods store during the month of June.

"There are two different consumer journeys or experiences that people are looking for at these stores," said Gautham Vadakkepatt, director of the Center for Retail Transformation at George Mason University. "Those who are going to go to Amazon Fresh will be those who are looking for more of the everyday grocery store items. And they're looking for a quick in-and-out kind of experience. Maybe the basket sizes are not going to be as big as what you would think of at Whole Foods. Also, we know that Whole Foods itself is facing some stress. So Amazon Fresh is their way to test out physical retail."

While Amazon Fresh's sleek technology is a draw for shoppers who want a frictionless shopping experience, it still may be experiencing bumps in execution.

A high number of out-of-stocks were observed in a recent visit to the new Washington, D.C., store.

Grocery store stockouts have been prevalent throughout the pandemic, as supply chains continue to feel the impact of the global crisis. A recent report by Inmar Intelligence found that shoppers are still encountering product shortages due to hoarding as the delta variant of the virus prompts a rise in COVID-19 cases. Forty-six percent of respondents to the survey said they have built a stockpile of supplies, and 69% indicate they are considering replenishing their reserves.

In response to breakdowns in the supply chain during the pandemic, the U.S. Department of Agriculture announced it is planning to invest over $4 billion through the Build Back Better initiative to make supply chains stronger, aid food production and processing, improve food distribution and storage, and ensure equitable market access for food producers.

"The food system didn't break, but it did break down and we must work to prevent that from happening again," a spokesperson for USDA said in an email to sister publication Supply Chain Dive.

It's unclear, though, if the stockouts noted at Amazon Fresh are tied to larger, pandemic-triggered trends in grocery. Toilet paper, hand sanitizer, paper towels and soap top the list of items people are stockpiling, according to the Inmar Intelligence report, but out-of-stocks at the Amazon Fresh location were most noticeable in perishable products, including eggs, bagged produce and prepared foods.

The out-of-stocks may have occurred for a number of reasons, Vadakkepatt said, including time of day, COVID-driven spikes, or it may even be an indicator of the success of the store format because of high demand. "But, ultimately, to me, it looks like this is a demand forecasting issue. That it's bringing out the stock or not anticipating the level of demand they will have for products."

Whatever the reason, stockouts may impact how shoppers view the store. "These stockouts do have a significant impact on the customer experience. They are going to get a little bit upset. And if this is the first interaction with that format, it leaves a bad taste in the mouth of these consumers. And the likelihood to return could be lower, especially if there are other options out there," Vadakkepatt said.

During a subsequent visit to the same Amazon Fresh location during normal business hours, the location was shut completely. An employee said that the location had been closed for half an hour, and was expected to be shut for another 60 minutes due to "computer issues." A spokesperson for Amazon said about the incident: "The store had to close as a cable external to the store interrupted WiFi. Several stores were impacted in the neighborhood. This was not an Amazon Fresh issue."

And while stockouts and temporarily closed stores due to outages may be frustrating, Vadakkepatt says this is part of experimentation. "They know that this is the cost to be the leader in a space and trying to innovate," he said. "And you're going to fumble initially and consumers will give you the freedom to fumble, as long as you're keeping their experience in mind. They're competing on convenience. And if this comes together — which I think it will — then it's a great experience for the consumer."

While Amazon Fresh may be experiencing growing pains with a new store location, Whole Foods overall experienced a dip in foot traffic during the pandemic, and it has been slow to recover.

That may be on the upswing though, according to Placer.ai. A gap in monthly Whole Foods visits is "consistently and steadily shrinking" with visits down in May 16.4% and 13.5% in June compared to 2019. It's an improvement compared to 2020 when the year-over-two-year gap was down 49% and never dipped more than 20.6%.

However, Whole Foods' foot traffic is still well below 2019, while many other grocers have already returned to growth. A number of weaknesses were exposed during the pandemic, according to Placer.ai, who states that heavy orientation toward major cities impacted the company, as did lower visits per visitor rates "relative to other grocery stores."

Amazon's two neighboring grocery locations in downtown D.C. may soon get some company.

The retailer, which has another Amazon Fresh location about 15 miles away in Franconia, Virginia, will soon have a number of its branded stores nearby. Local publications have reported that Amazon Fresh is opening a store in Chevy Chase, Maryland, which an Amazon spokesperson confirmed to Retail Dive. Washington Business Journal reported last week that additional Amazon Fresh locations are opening in Fairfax, Potomac Yard, Baileys Crossroads and Lorton in Northern Virginia while another Amazon grocery property is being slotted for H Street NE in Washington, D.C. About the opening of these additional locations, an Amazon spokesperson said, "Amazon doesn't comment on rumors or speculation."

Whole Foods shows no signs of slowing down, either. The company plans to expand across the country with 43 new locations. The majority of those stores will be in urban areas where the grocer already has established a presence.

Amazon also made the decision this spring to phase out its Go Grocery banner only a year after its launch as it pulled focus to its Amazon Fresh locations.

"Grocery is a major part of retail, and it's a frontier, right?" Vadakkepatt said. "One thing we know really well about Amazon is that they have no problems experimenting and they are perfectly okay with failure, and learning from failure." 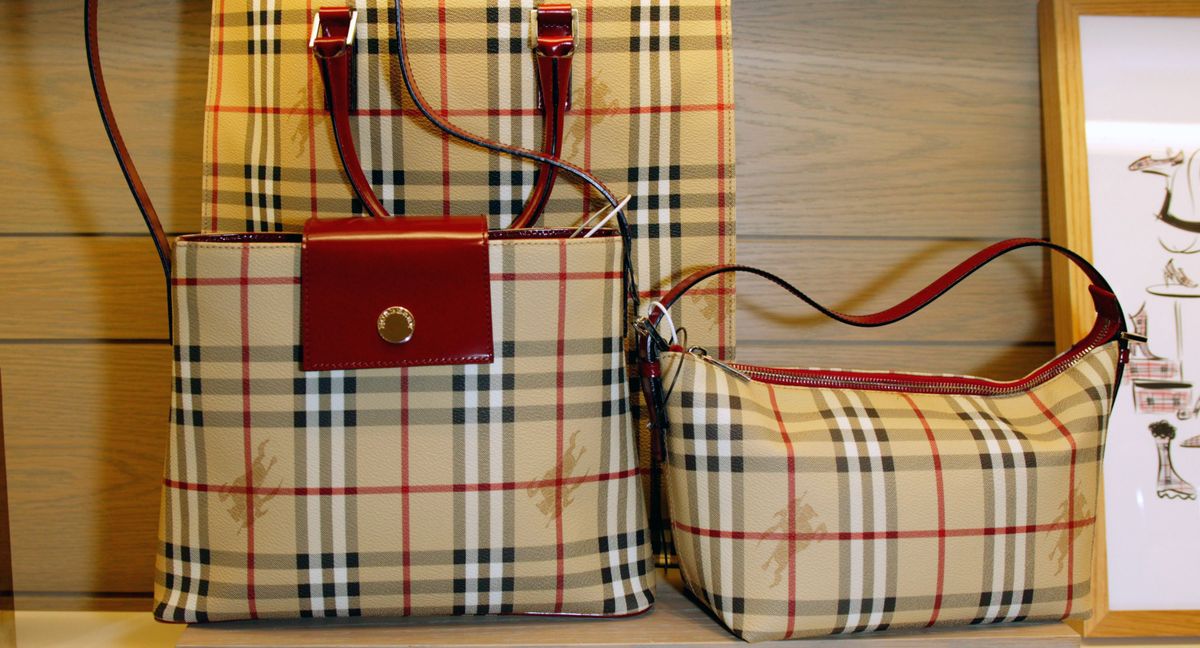 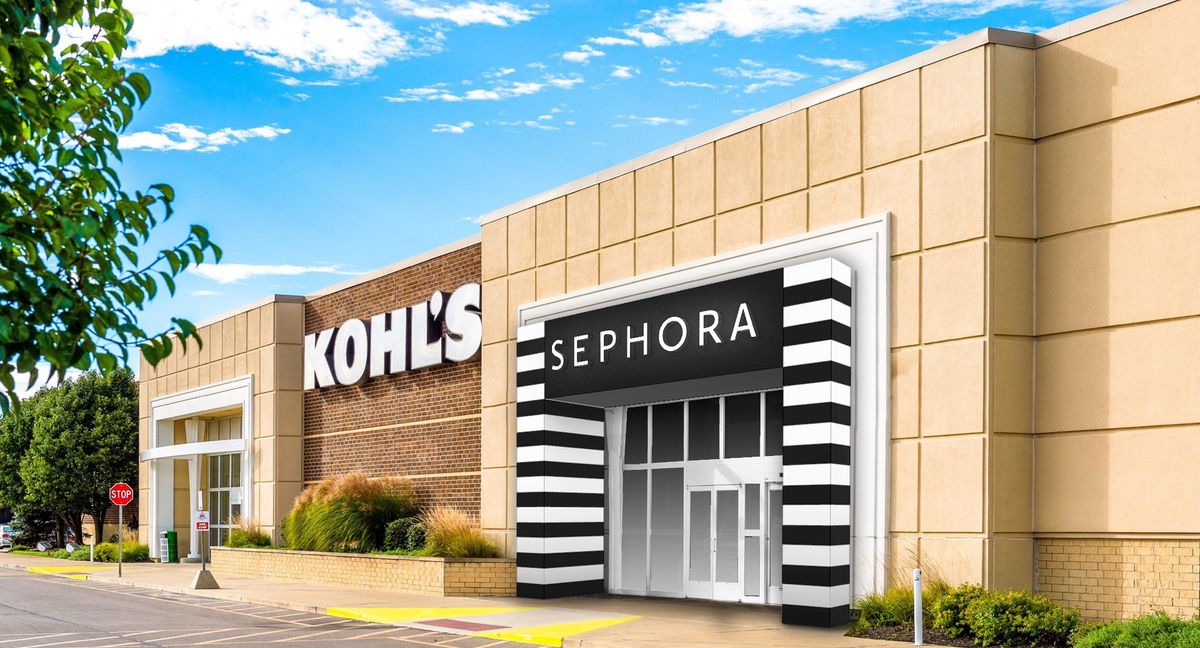