Retail Dive's Corinne Ruff took a peek inside the e-commerce giant's latest brick-and-mortar experience and came away wondering, is it really that unique?

Amazon's newest store concept is nestled along a relatively quiet block on Spring Street in Manhattan's SoHo neighborhood next to a small Starbucks and across from the second physical store by digitally native shoe brand Allbirds. A flag hanging above bright blue double doors encapsulates what the store aims to provide: "Amazon 4-star."

And a four star experience you shall receive — one that's overall pretty good, but leaves you wondering: Is this really that different?

At first glance, there's nothing much unique about Amazon's store. You don't scan your phone when you walk in and you certainly can't "just walk out" unless you want to be tackled by the on-duty security guard. But in general, the store doesn't feel much different from Amazon's physical bookstores.

Products are grouped into shelving islands and wall mounts with signs calling out merchandise, in some cases by traditional segment (i.e. baby and toddler, books) as well as more uniquely Amazon, for example: "most wished for," "today's deals" and "Amazon exclusives." My personal favorite was the "top selling around NYC" section, which, to some concern, featured twice as many smoke detectors as NutriBullets and Wi-Fi range extenders.

To Oweise Khazi, the associate director at Gartner L2, that sort of data analysis and curation (if done right) are a big reason why the store is innovative. "By focusing on top rated products and highlighting localization with a 'trending Around NYC' product section, Amazon is bringing a key aspect of 'relevance' to shoppers and has identified a direct way to translate consumer sentiment into a brick and mortar setting," he said in an email to Retail Dive.

I walked by a display of Chrissy Teigen's new cookbook "Cravings," interested to see it there after having come from a Target media event the day prior where her exclusive collection was touted as part of the mass merchant's "cheap chic" appeal that's differentiating against rivals. And yet, here the book was – 42% off for Prime members, according to its digital price tag, which also showed the product had earned a 4.8 star rating with 109 reviews.

I moved on to a more practical corner of the store: office supplies, totes, umbrellas and a slew of various odds and ends like Poo-Pourri bathroom spray and ThinOptics lenses that fit into a phone case. On the other side sat a thin selection of home decor products (including ceramic mermaids and candles), pet gifts and an assortment of techy trinkets from its Launchpad startup unit. Unlike a lifestyle brand, which may range from apparel and footwear to kitchenware and personal care, Amazon 4-star merchandise has virtually no connection. It's just a bunch of stuff — kind of like its website.

"[T]he store features a range of products from a number of small platform specific players across categories like kitchenware, toys and electronics, which made the assortment feel a tad bit disjointed — neither selective nor comprehensive," Khazi said. "Amazon as a platform excels as it allows you to choose a plethora of products without the associated clutter, getting assortment on point and identifying congruent product categories in a smaller physical setting definitely poses a challenge for the digital giant."

Alexa, can you drive store traffic?

The center of the store is dedicated to electronics, including all of Amazon's Alexa-enabled devices as well as integration with connected home products like its Ring smart doorbell. A sales associate told me they'd been popular in New York for people to reduce package theft. There's even a feature that allows you to connect with your neighbors and share information on who's been loitering outside, a new-age (and creepy) kind of neighborhood watch. The store has been fairly busy since launch, the associate told me, adding that she'd noticed a lot of browsing and impulse buying. That wasn't hard to see, given how random the assortment appeared once I did a full 360 scan.

With such a small store, the inventory is minimal, with a few of each item displayed on shelves. Unlike big-box retailers, which are moving toward a model — even with small-format stores — that fulfills online orders from the store, Amazon 4-star's model is reversed. The product you want is out of stock? An Amazon store associate will help you buy it from the Amazon app to be delivered to your door.

If I had ultimately given in to my in-store impulse purchases, I would have had two options: open my smartphone and pay on the Amazon app, or line up to check out at a tablet featuring the Amazon app with the help of a sales associate. Both are certainly more convenient than the traditional checkout process, although not quite as smooth as Amazon's own cashierless Go concept.

What's clear about Amazon 4-star, and any Amazon brick-and-mortar store for that matter, is that building its Prime ecosystem is at the core. Stores are a way for the e-commerce giant to spread awareness to those who fall outside of its self-reported 100 million global membership base and encourage more consumers to start free trials.

And to be fair, there are some pretty unique features that Amazon is bringing to stores. "[It's] pretty notable to have Amazon's dynamic online pricing basically coming to stores," Keith Anderson, senior vice president of strategy and insights at Profitero, told Retail Dive in an email. The use of data to curate, localize and quickly adjust merchandise so that it's resonating with buyers all use "data sets that Amazon somewhat uniquely can lay claim to," he added.

For now, the Spring Street store is one of a kind, and one way Amazon is experimenting with brick-and-mortar concepts. There are many questions that still need to be answered before such a model might scale. For one, how often does the assortment cycle? What happens to product that doesn't sell? And where is the merchandise held?

Another more important question for suppliers: How much will Amazon prioritize its growing private label portfolio over other brands? 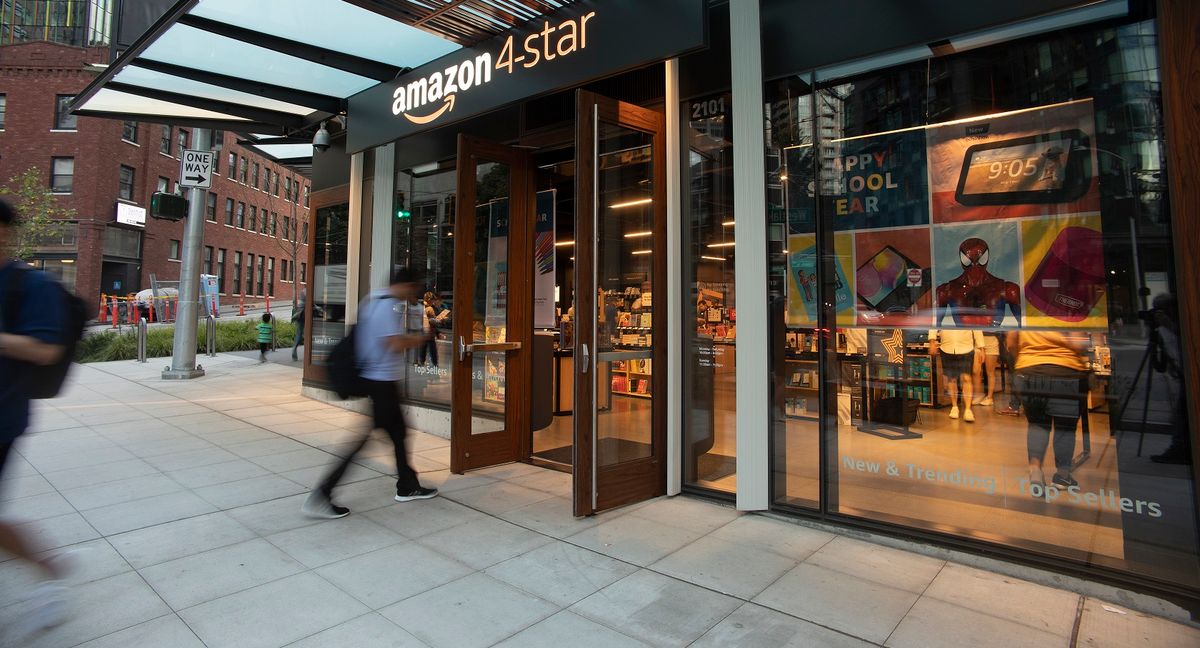 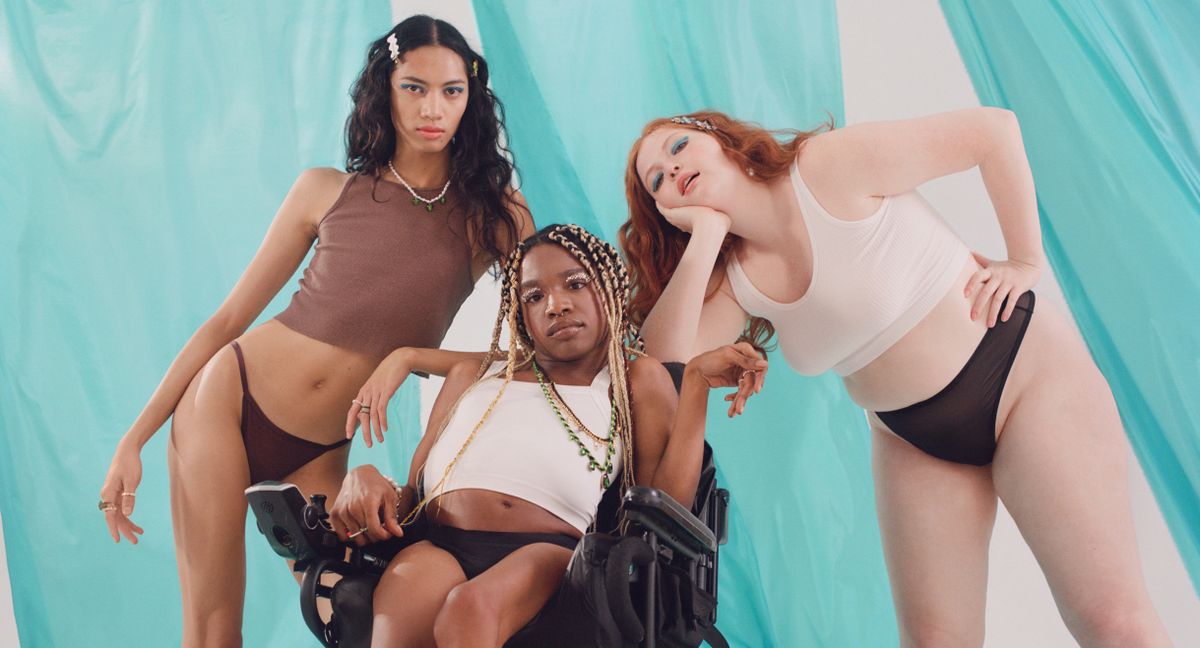 View all | Post a press release
B Lab Global Announces 2022 Best For The World B Corps
From B Lab Global
Survey: 62% of shoppers expect their free shipping orders to arrive in 3 business days
From X Delivery
HIVERY, a pioneer of AI-driven retail strategy simulation & optimization solutions, announces …
From HIVERY
Former Numerator & Surgere executives join HIVERY to support customer growth in North America.
From HIVERY
Editors' picks
Latest in Consumer Trends
© 2022 Industry Dive. All rights reserved. | View our other publications | Privacy policy | Terms of use | Take down policy.
Cookie Preferences / Do Not Sell