Lenders and shareholders are tying ESG concerns to the capital they invest. Meanwhile, corporate finance teams in retail lag in leading on sustainability.

Editor's note: This article is part of a series on sustainability. You can find the whole package at our landing page.

Over the past two or three decades, investors of all sorts have shaped the retail industry in myriad ways.

Activist shareholders have advocated for mergers, sales, spinoffs, stock buybacks and asset sales. Private equity investors have taken over dozens of companies, bringing with them massive and sometimes fatal debt loads in leveraged buyouts. Lenders have backed retailers and their inventories, keeping scores of retailers liquid (until they don’t).

That is a loaded question without a single, unqualified answer. But as both the retail and finance industries become more focused on environmental and social practices, the relationship between operators and capital providers is as important as it has ever been.

Sustainable debt instruments are growing in popularity and use, offering a means of financing major ESG initiatives as well as holding retailers and apparel brands to account on executing on their sustainability goals. Equity investors, meanwhile, add another potential layer of motivation, as ESG-focused funds grow in popularity and size, and become more sophisticated in analyzing industry practices.

Together, the growing class of financiers have the potential to both fund change and demand it. Whether or not they will do so depends on their underlying motives, savvy, incentives and stamina in a world that still has a lot of uphill, expensive work to do, especially when it comes to cutting carbon emissions.

Last September, Walmart closed on its first-ever issue of “green bonds.” The retail giant plans to use the $2 billion in new capital to invest in renewable energy projects, energy-efficient facilities, sustainable transport such as electric and hybrid vehicles, and waste reduction and other investments intended to lessen the company’s environmental impact.

Green bonds — and cousins like “social bonds” and “sustainability bonds" — are similar if not identical to traditional bonds in how they work. “The main distinguishing factor is the label that the issuer puts on it, which oftentimes comes with a commitment around how they'll likely spend the proceeds,” said Matthew Kuchtyak, vice president and sustainable finance analyst with Moody’s.

Often, “green” themed capital tracks with, or can be seen as an outgrowth of, broader sustainability programs at a company.

To take the example of Walmart, the retailer has set numerous ESG-related targets, including procuring all of its electricity from renewable energy by 2035, cutting out a billion metric tons of carbon from its supply chain by 2030, and having zero emissions in its own operations by 2040.

“There's a lot of potential reasons for issuing a sustainability-labeled instrument of some kind,” Kuchtyak said. For one, there’s investor demands for ESG bonds, including from pension funds and other institutional investors that have ESG-focused funds.

Across industries, company issuance of ESG-themed bonds has quintupled since 2017, with Moody’s forecasting some $1 trillion in green, social, sustainability-themed bonds for 2022.

“We have seen some anecdotal examples where the excess demand for sustainable bonds exceeds the supply in the market and has led to a moderate pricing benefit for some issuers,” Kuchtyak said.

In other words, green bonds can be cheaper to pay back for some issuers, thanks to market demand for them. Which is one reason to go green in financing.

Walmart is among the few large retailers to issue green bonds, according to Moody's retail analyst Mickey Chadha. For now they are more common in the energy sector and others more directly engaged with climate issues.

Putting your money where your mouth is

Along with green bonds, which are essentially typical bonds to fund ESG initiatives, there are sustainability-linked bonds and loans. These are debt capital instruments that often have interest rates and bond coupons tied to sustainability targets. Essentially, miss your targets and it could cost more to repay your debts.

Sustainability-linked loans and bonds, like green bonds, often reflect a sustainability program already in place. Whether they actually lead to more sustainable organizations is an open question.

Emily Farrimond, ESG and sustainability lead in the financial services unit of consultancy Baringa Partners, found that, in a sample of sustainability-linked loans, none had a “credible” climate transition plan or adhered to Loan Market Association principles for SLLs.

A fifth of the loans didn’t bother to publicly state targets and only half outlined how the targets would be measured or validated, Farrimond also found. A full 80% of the loans lacked targets for Scope 3 emissions — i..e., emissions from within the supply chain, which for many in the retail world is the largest set of emissions in their footprint.

In an interview, Farrimond also noted that many SLL borrowers set targets they would likely get to anyway instead of setting goals to really stretch themselves around carbon reduction and other efforts.

“What we really want to see is people that have got short-term targets that are really making a difference as opposed to leaving it all to 2035 to make a difference,” Farrimond said.

Often, it’s financial institutions that push for harder targets. “Some of the leading people in the market will really, really push to say, ‘Hang on, right? Let me look at your Scope 1, 2, 3 emissions," Farrimond said.

With SLLs, lenders actually make more profit if a borrower misses their sustainability goals and moves to a higher interest rate. But lenders still have reasons to make SLLs and fill them with serious goals.

“Money’s flowing into sustainable finance,” Farrimond said. “A lot of them want to say, ‘I’ve got this really big sustainable finance target, and here’s how I’m doing against it.’” Other lenders are trying to “de-risk” and “future-proof” their balance sheets, Farrimond added. Many of the loans may also be securitized and sold to the market.

Beyond the specific debt instruments, lenders and bond investors generally are paying more attention to the ESG profiles of companies.

In April, Moody’s put out a lengthy, detailed report on the ESG risks in retail, breaking down climate, environmental, regulatory, governance and various social risks for the industry, down to the sector and company level.

The report pointed to things like the concentration of apparel supply chains in southeast Asia, with its history of labor abuses, and the reliance on carbon-guzzling trucks for delivery. Overall, ESG considerations had a moderately negative credit impact on the industry, the analysts concluded.

Chadha said that investors who use Moody’s have asked for more detail on individual issues under the massive ESG umbrella. “Quite honestly investors have have been wanting this and so we've responded to investor sentiment." Those investors want to know “what credit issues can manifest themselves and what are the risks here for individual companies,” Chadha added.

So, whether or not a company has a sustainability-themed finance package, lenders and bond buyers are paying attention to their risks when it comes to the climate and major other ESG issues, which could have an impact on customer sentiment, finances, or government regulations and penalties.

There is also interest among equity investors in putting money toward those companies who are, or at least say they are, trying to reduce environmental and social harms caused by their operations.

As with debt investors, there is a broad spectrum of ESG-minded stock investors, and reason for both hope and cynicism that it can help reduce carbon and environmental footprints.

With high enough ownership, sustainability-minded investors and funds wield a lot of power. They have voting rights over shareholder measures, not to mention in board elections.

Writing in the Harvard Business Review in 2019, Robert Eccles and Svetlana Klimenko noted, after dozens of interviews, that leaders of investment firms were taking a harder look at ESG matters and holding executives accountable.

Among other reasons for investor interest, the authors noted that those firms with “trillions of dollars under management have no hedge against the global economy; in short, they have become too big to let the planet fail.”

In an op-ed last year, Tariq Fancy, the former chief investment officer for sustainable investing at mutual fund and investment giant BlackRock called sustainable investing “little more than marketing hype, PR spin and disingenuous promises from the investment community” that has every incentive, as well as a fiduciary responsibility, to pursue profit on behalf of clients whose money they invest.

Yet, the interest in ESG is there, is growing, and might not be completely detached from investors’ profit-related interests. “Leaning in on climate sustainability and societal impact is a critical piece of information about a business,” said Shalini Unnikrishnan, managing director and partner at BCG, who leads sustainability for the consulting firm's consumer and retail practice. “A company that is impact-oriented tends to be more resilient.”

BCG’s own research has found a correlation between companies working on their societal impact and higher valuations. Moreover, a company that has a robust sustainability program can signal to investors that it is ambitious and future-minded, rather than focused on the current quarter.

Unnikrishnan said that there is legitimate debate about measurement approaches when it comes to evaluating sustainability programs, but “whether ESG is a good indicator or not of long-term value creation potential of a company, and its resilience, in my mind that debate is largely settled.”

Beyond choosing where and where not to put their money, ESG investors could also play a growing role in how retailers put sustainability into practice. Unnikrishnan noted that on average, ESG investors as a group tend to be more sophisticated than many operators on how to apply sustainability principles in practice. "They may not understand all the pain there is to do this transformation, but they do understand the space," Unnikrishnan said.

In retail and consumer-facing companies, the customer is another reason for investors to care.

“The consumer over the last couple years has really pushed hard into ESG questions,” Tyler Higgins, retail practice lead and managing director at consulting firm AArete, said in an interview. “Investors are saying we’ll have better investments in people who have better sustainability protocols, because that’s where consumers are going to go. Investors are trying to follow where consumers are going to put their money.”

Getting the finance team involved

Given the need to finance transformation, the available capital instruments to help do so, and the interest of both credit and equity investors in ESG issues, there is a need for retailers’ finance teams to be heavily involved in sustainability programs.

That said, 35% of finance teams were frequently part of initiatives and 38% were sometimes part of them, but that still represents less overall involvement in sustainability than every other kind of corporate team except IT in the BCG survey.

Finance teams can help engage lenders and investors, and do things like help companies build internal carbon pricing to help them progress on decarbonization plans.

They also, as Unnikrishnan noted, play a key role in planning capital expenditures and can help retailers ensure they are making investments in stores, facilities and other areas in ways that align with sustainability principles and possible future regulations around the environment and other ESG-related areas.

“The finance team has become really critical for ensuring that the company is taking the most value-positive way of transforming,” Unnikrishnan said. “And that's important not just because it's good for the company, because it's going to make more money and do this in a cheaper way, but it’s also important for the world because we want to do this transition in a way that is economically accretive and positive, and not just a cost on society." 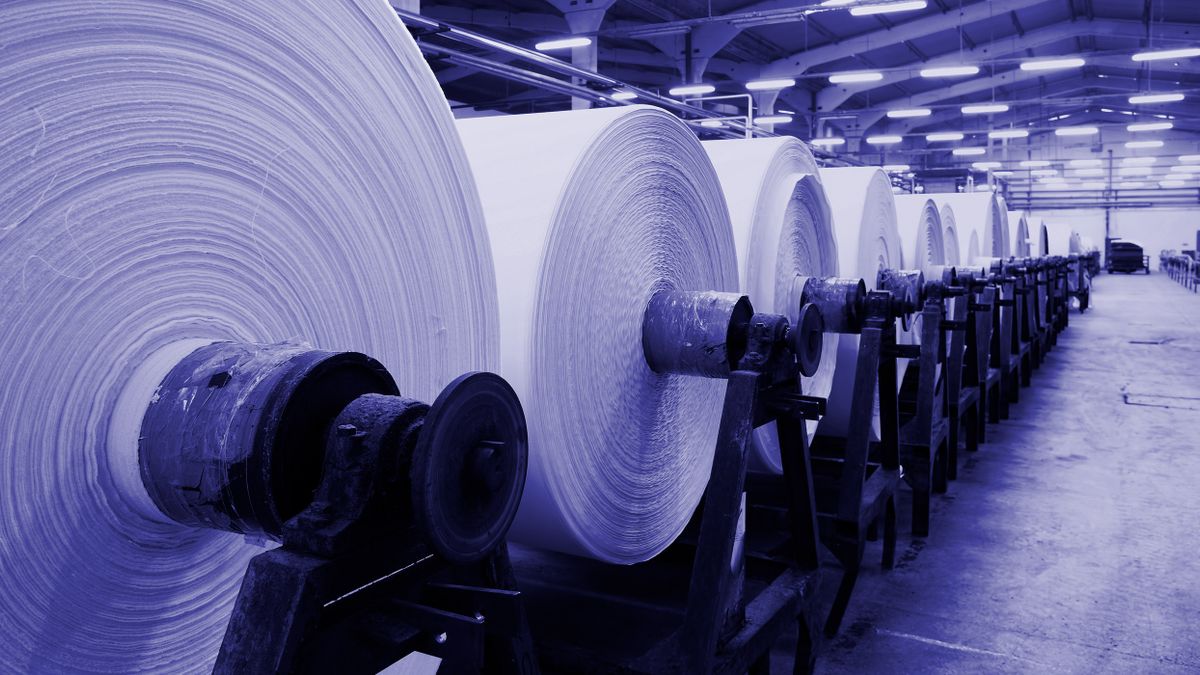 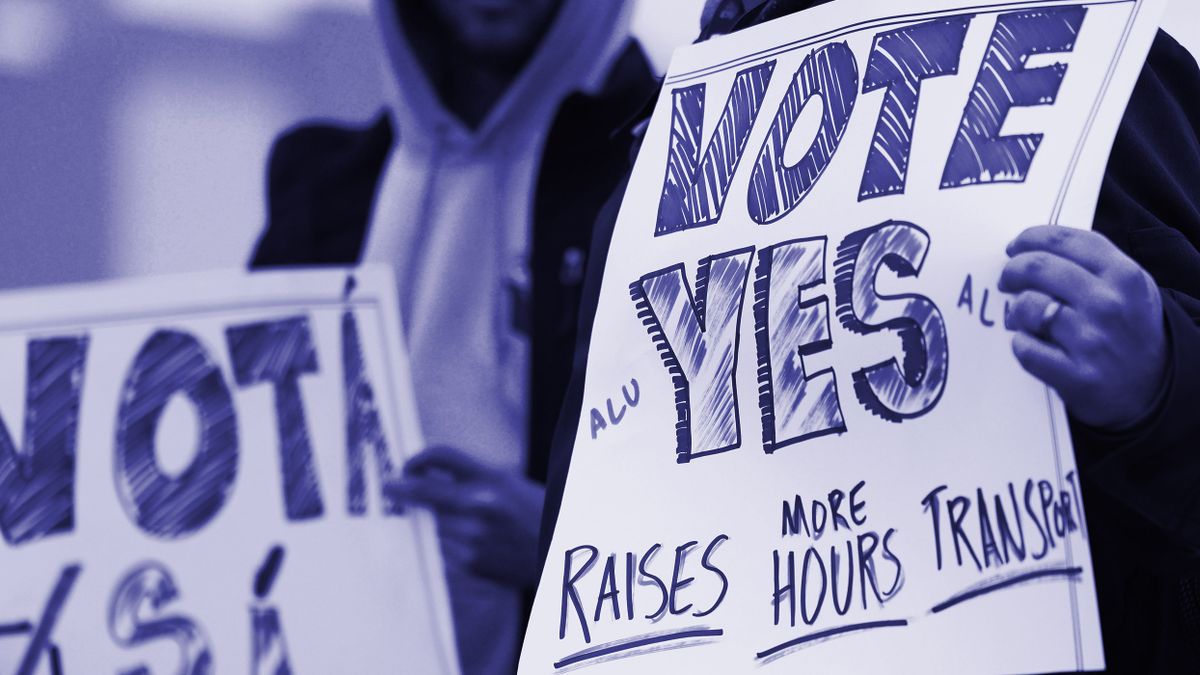 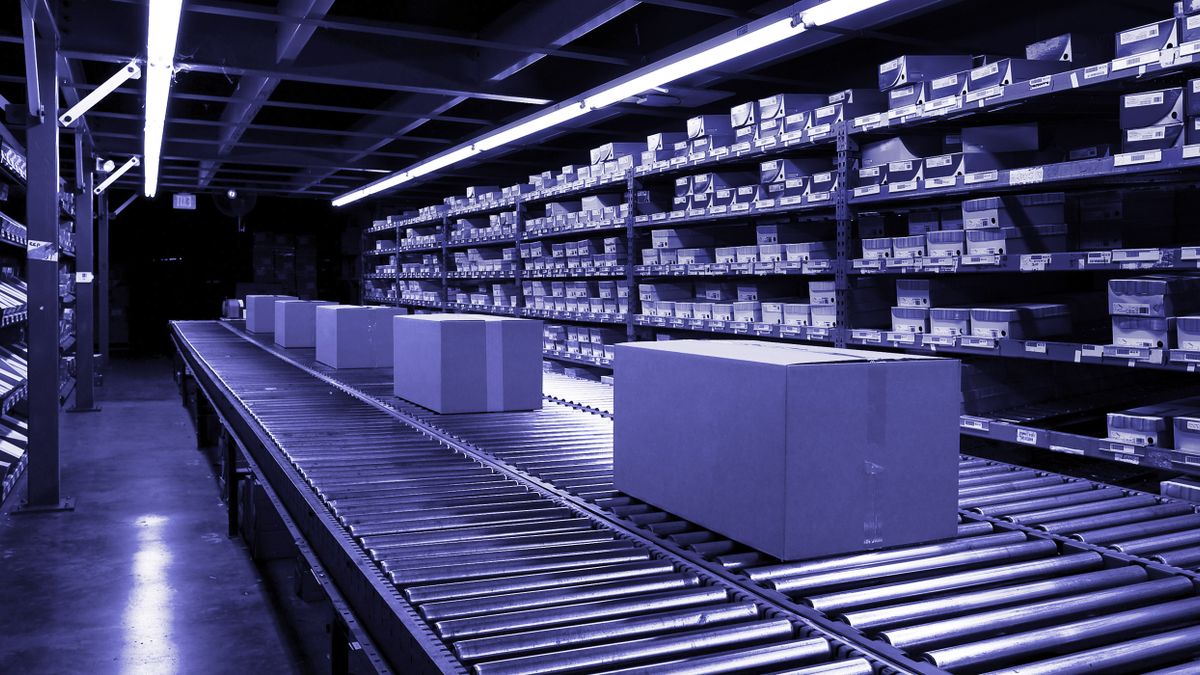 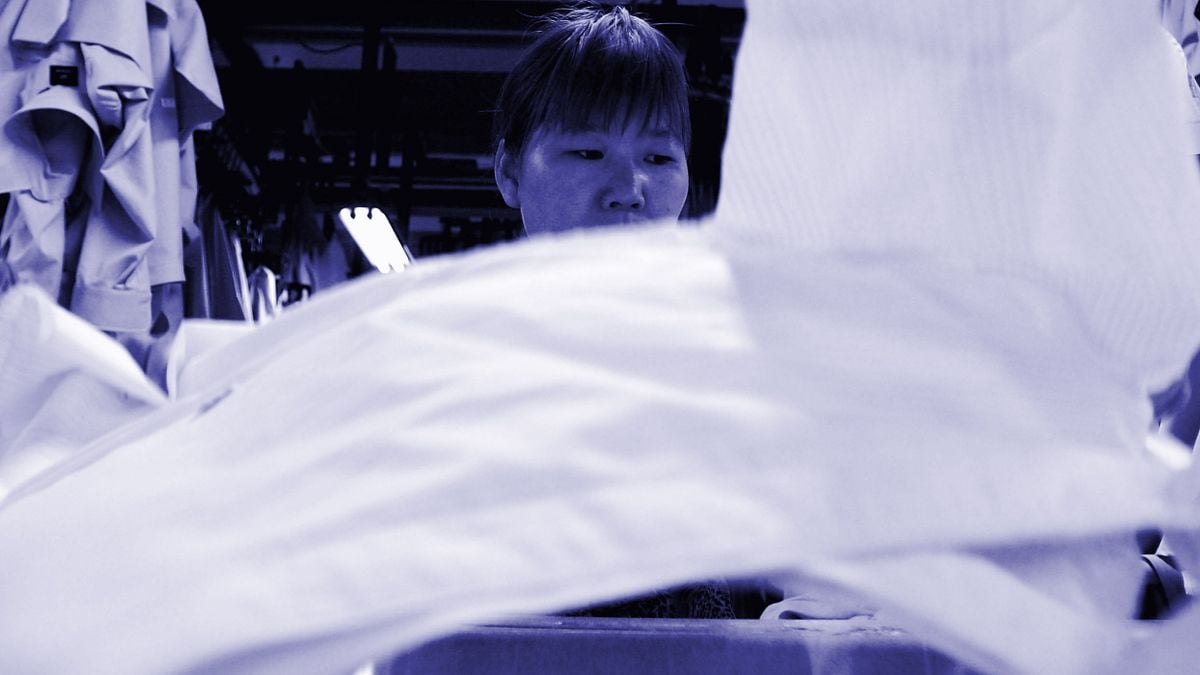 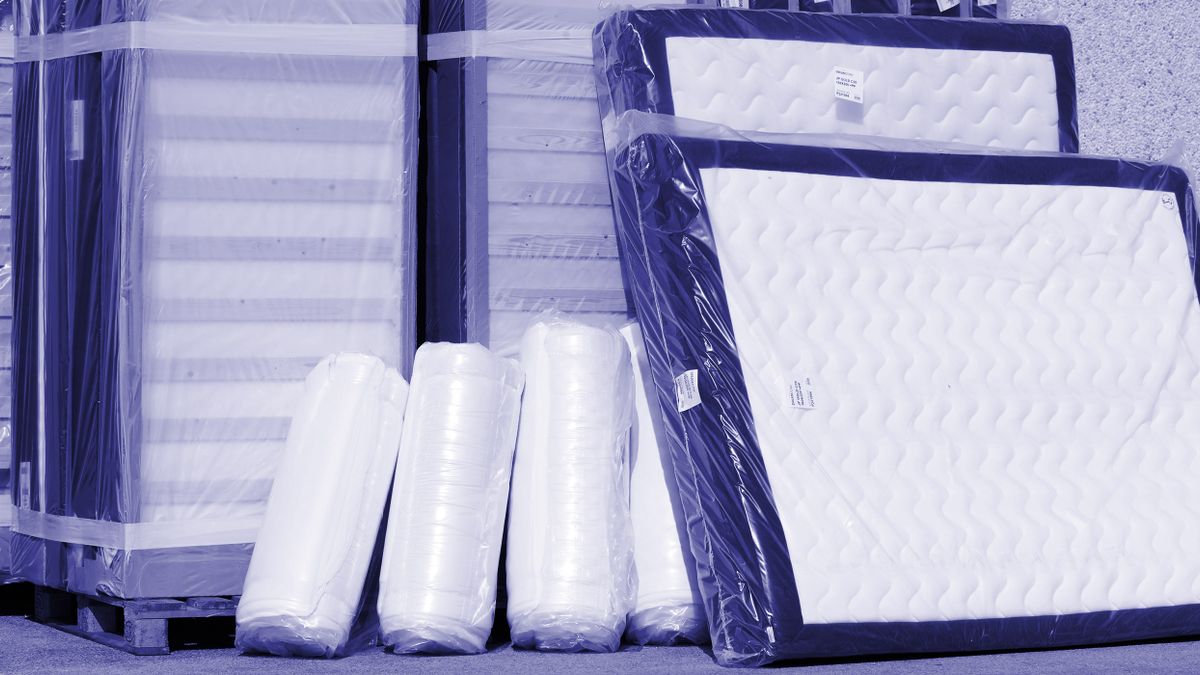 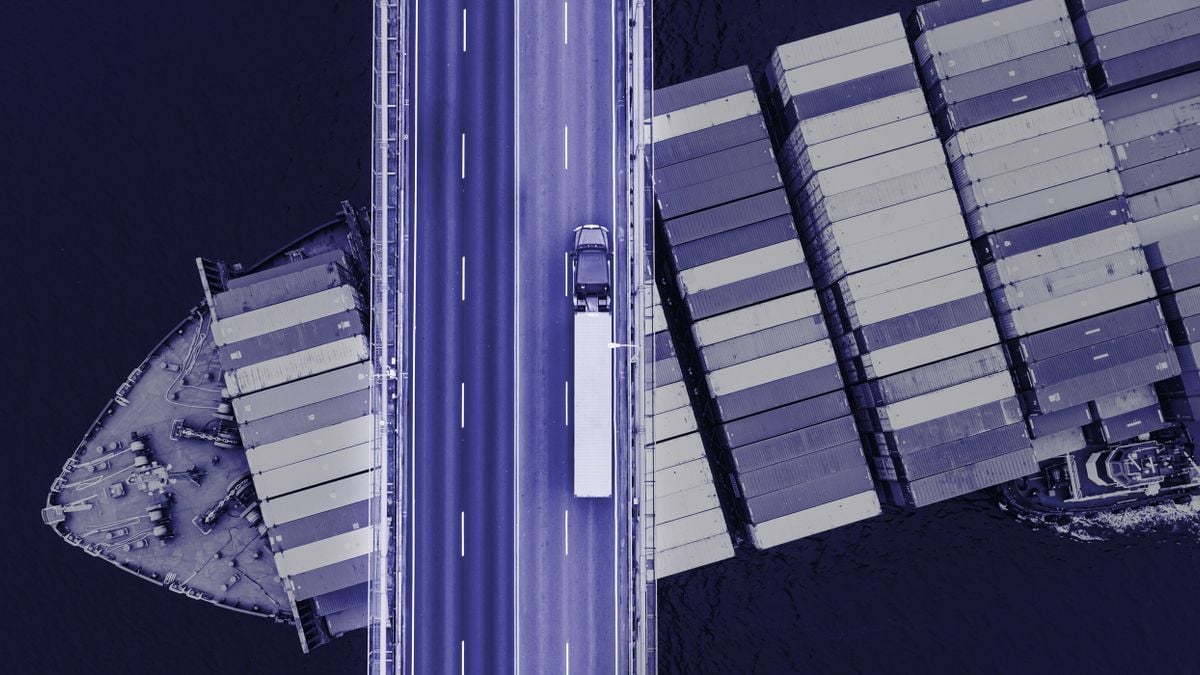